Young victim: Angah, confined to a wheelchair at her home in Ayer Hitam, Kedah, and a picture of her injured backbone (below).

ALOR SETAR: A nine-year-old girl who allegedly is a victim of bullying has a damaged spine resulting from injuries sustained after getting beaten by three school bullies.

Identified only as Angah from a village in Ayer Hitam near here, the Year 3 pupil claimed that she was repeatedly bullied by three schoolmates and now leans to one side when she walks and is unable to raise her left leg.

“They would often try and take money from me. Sometimes for RM1 or sometimes RM4 but they would kick me on my thigh and back if I refused to give them any money.

“Once, they kicked me until I fell down the stairs, ” she told reporters at her home yesterday with her parents by her side.

Angah also accused the pupils – two girls and a boy – of ridiculing her and saying that her clothes were unwashed and dirty. 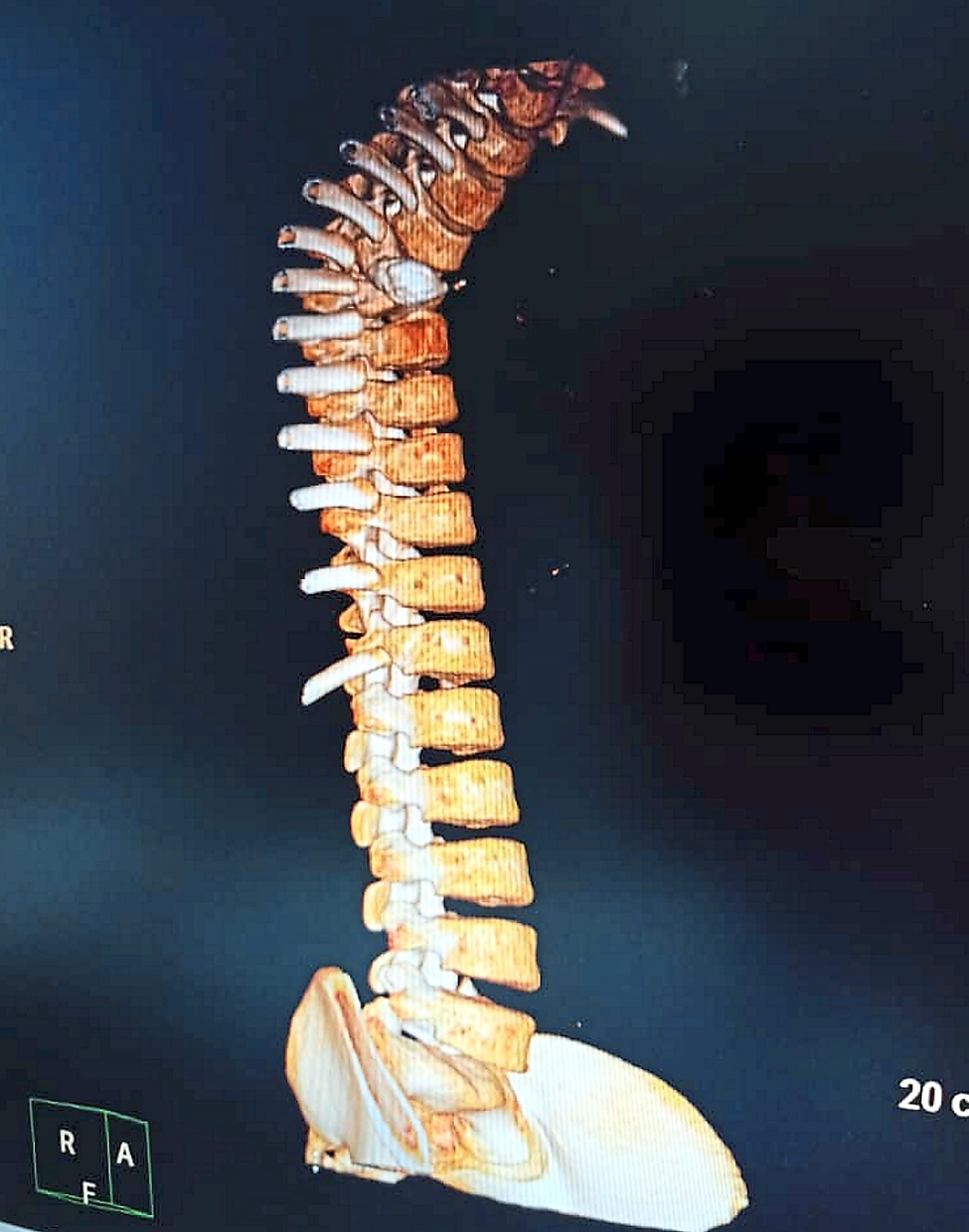 Her mother Che Hasma Ahmad, a nurse, said in her police report that from July 15 to 22 her daughter was warded at Sultanah Bahiyah Hospital to seek treatment for leg pain and walking difficulties after a fall at school.

“Doctors said that my daughter’s spine has some complications, ” she said.

Che Hasma, 33, said that after much cajoling, her daughter told her that her schoolmates had been bullying her.

“My daughter now walks to one side. She can’t raise her left leg, ” she said, sobbing.

State education and human resources committee chairman Dr Salmee Said, when contacted, said she was shocked to learn of the allegations.

“I will get the state Education Department to carry out an investigation immediately, ” she said.