GEORGE TOWN: The fish being sold in the markets here are safe to eat, says the Fisheries Department.

State Fisheries director Noraisyah Abu Bakar said this in response to viral messages on social media claiming that fishermen have been selling certain fish at a very cheap price.

"This is not true as we are still investigating the cause of the dead fish and to claim certain fish are unsafe for consumption is baseless, " she said in a statement on Tuesday (Aug 13).

This comes following the mass death of fish in Teluk Bahang which resulted in six fish breeders losing over RM2mil on Monday (Aug 12).

Among the two million dead fish found afloat over the past few days were barramundi, groupers, hybrid groupers and snappers.

Fish breeders have nothing left to salvage 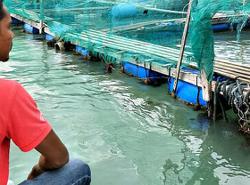