PETALING JAYA: The government will be organising "Karnival Rahmah 2019" next month aimed at raising awareness on the government's practices based on Islamic principles, says Datuk Seri Dr Mujahid Yusof Rawa.

The Minister in the Prime Minister's Department said the event is for all Malaysians, regardless of race and religion.

Mujahid, who is in charge of Islamic Affairs, also said the "Karnival Rahmah 2019" is part of the government's efforts to enliven the ideas of "Rahmatan Lil Alamin" (compassion for all).

"It is a carnival to invite the public to live in harmony and respect. Although it is called 'Karnival Rahmah', people assumed that it is mainly based on Islamic elements and it has nothing to do with others.

"In fact, it is for all because it is based under the concept of 'Maqasid Syariah'.

"The carnival will be organised based on the concept of a carnival within a carnival and it will be done through our strategic partners from various agencies, ministries, as well as the private sector," he told reporters after launching the event at the Malaysian Islamic Development Department (Jakim) on Thursday (Aug 1).

Rahmah translates to "mercy" in Arabic.

At the same time, Mujahid also urged both the government and private sectors to be strategic partners in the carnival.

The "Karnival Rahmah 2019" will be organised in Putrajaya, Penang and Kelantan.

The carnival will first be held in Putrajaya from Sept 26 to 29 at Dataran Putrajaya. 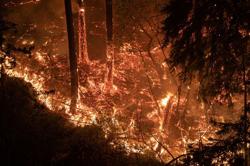