A study by the Centre of Governance and Political Studies reveals hard truths on sex, protection and consent

Two thirds of Malaysian men did not understand that consent for sex is an explicit verbal yes, a recent survey had shown.

According to a survey done by the Centre of Governance and Political Studies (Cent-GPS), only 35% of Malaysian men surveyed said that consent meant a partner had to verbally and explicitly say yes to sex.

Of those surveyed, 30% perceived consent to be mutual agreement, meaning a discussion has been had or if both sides had agreed to sex. Another 13% said consent for sex could be given through 'body language', 4% claimed there was consent if there was 'romantic attachment', and 4% thought consent was given if there was no objection from the partner. 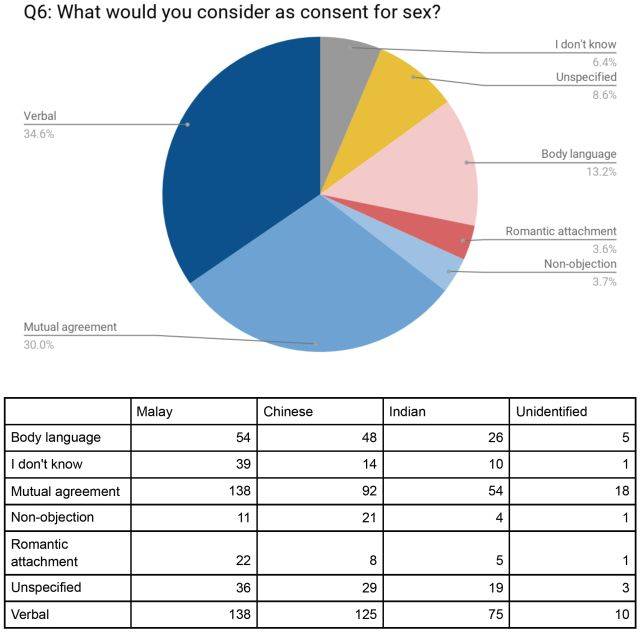 The survey by Cent-GPS was conducted with 2000 men of various races, between the ages of 18-30, who used social dating apps in the Klang Valley. This group was chosen as it was hypothesised they would be the most sexually active and be in interactions with a romantic partner.

The survey tested the men's knowledge and perceptions of sex education, use of protection, and what they would do in unhealthy relationships. 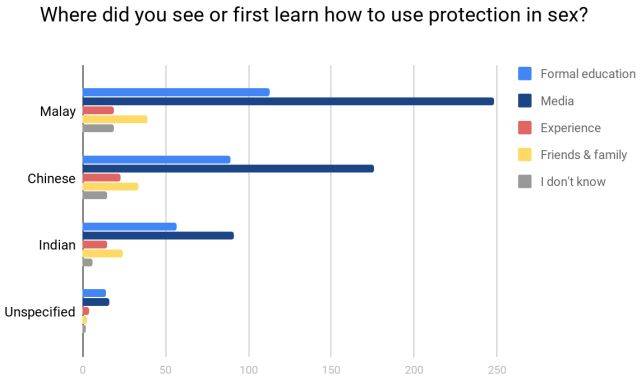 Participants were asked about where they first learnt about sexual protection.

10% of men surveyed also said they had learnt about protection through friends and family, while another 6% claimed it had been through 'experience'.

According to the survey, which took place over a month, 32% of the men said they felt sex education would promote sexual activity. Asked if their religion allowed for sex education, 56% said yes, while about 35% said no.

Given the choice of whether sex education be taught by schools or parents, almost half (48%) chose parents, with another 30% choosing schools. This showed people were more comfortable with parents teaching sex education, rather than having it integrated into the national curriculum.

Those surveyed were also asked about unhealthy relationships, and were asked: 'if your partner made you choose between her or your friends, would you still date that person?" Results were split - 38% of respondents said they would stop, 37% said they would continue, and the rest said 'it depends'.

The survey concluded that the results showed a need for more effective and in-depth sex education in Malaysia.