WHETHER it is a venomous snake that needs to be removed from the premises or a raging fire that needs to be extinguished, you can count on Fire and Rescue Department personnel to be on hand to deal with the emergency.

But what happens when an emergency occurs in a remote area, inaccessible by land vehicles?

Established in 1998 with only two helicopters, the division now has nine aircraft and 28 pilots operating from three air bases in Subang, Selangor, Bertam, Penang, and Miri, Sarawak.

The department’s Air Division director, Nazili Mahmood, said there are plans to add three more air bases in the future to ensure that services cover as many areas in the country as possible.

“If all goes to plan, the new air bases will be Senai (in Johor) and Kota Kinabalu and Kuching,” he said. 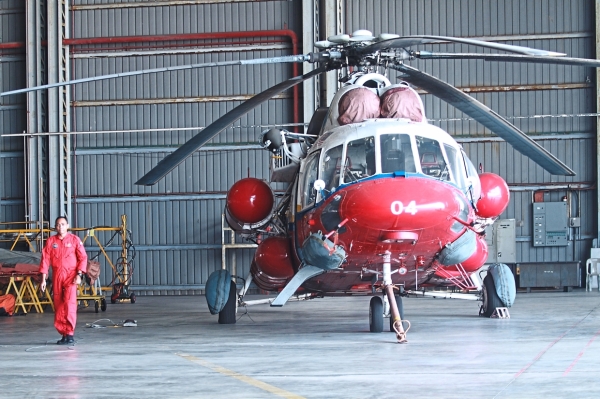 One of the unit’s helicopters in the hangar. The team is always on standby, prepared to fly at a moment’s notice when an emergency is reported.

He added that there are also plans to expand the team and have a total of 45 qualified pilots and has encouraged both the men and women in the department to rise to the challenge.

“There are currently no women pilots on the team and we would be proud to see some on board.

“I believe that they are just as up to the challenge as their male colleagues,” he said.

The journey to becoming a pilot is not easy and it took the division about 20 years to get the 28 pilots it has now. Winged heroes: Nazili (centre) with members of the air division.

Nazili said in the early years, the division had to depend on the Royal Airforce to train its pilots and also fly a few missions.

The division also took the initiative to send personnel for pilot training in Australia.

Now, only two pilots in the division are on loan from the Royal Airforce while the rest are trained department personnel.

“In a year or two, all of our pilots will be qualified department personnel,” he said.

While training to be a pilot is challenging, it prepares them to face the many challenges on the field. 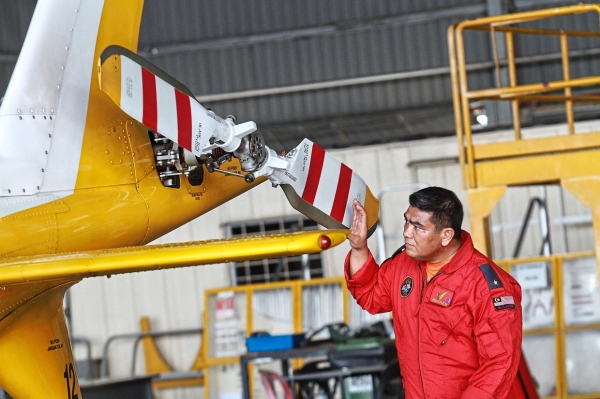 A team member checking one of the division’s helicopters.

Many rescue missions involve evacuating trapped or injured hikers in hills and mountains.

“It’s not your regular helicopter pick-up service and pilots need to make sure they properly assess the risks to prevent any unwanted situations.”

He added that the team has also been involved in humanitarian missions including delivering aid to residents trapped by natural disasters like floods and also transporting communities in rural areas, like the Orang Asli, to get medical attention at hospitals as part of its medivac service.

“We get two to three calls a week for our medivac service to transfer the ill to hospitals and sometimes, we get called to transfer donated organs as well,” he said.

In its most recent mission,the team was instrumental in delivering the kidneys donated by a patient that had been declared brain dead in Hospital Sultanah Bahiyah in Alor Setar to those waiting for transplants at Hospital Kuala Lumpur.

Nazili said in about 20 years, the air division has grown to become an elite team that has been instrumental in helping in various missions.

“I believe we have a role to play in ensuring the local community as well as tourists that they are safe and help is on the way. It is an honour to be of service this way,” he said.