Battle of the bulge is winnable

PETALING JAYA: The battle of the bulge may seem daunting, but the Health Ministry believes it is not an unwinnable fight.

While being overweight is an issue many Malaysians grapple with, Deputy Health Minister Dr Lee Boon Chye said victory is within reach if Malaysians are willing to make changes to their diet and lifestyle.

He noted that Malaysians are making an effort to curb weight gain by opting for healthier, less-sugary choices.

“Even the syrupy drinks sold in stalls right now are not as sweet anymore, and I hope more food sellers will follow suit by putting less sugar in food and drinks,” he said yesterday.

Dr Lee added that change will gradually take place as proven by the increased availability of bottled water in the market.

“About 20 or 30 years ago, you could not find bottled water sold everywhere unlike today. This shows that it has become a commodity,” he said in response to questions about obesity being a grave health concern among Malaysians.

On Thursday, Health Minister Datuk Seri Dr Dzulkefly Ahmad, when commenting on the effects of sugary drinks like bubble tea on public health, noted that a ministry study has found that nearly one in two Malaysians are obese, adding that obesity is the main risk factor for several non-communicable diseases such as hypertension, cardiovascular disease and diabetes.

Last Sunday, it was reported that 13.3% of Malaysians are obese according to macro research conducted by Fitch Solutions, a leading provider of financial macro intelligence solutions.

The report said that in comparison, other Asean countries such as Indonesia and Vietnam recorded figures of 5.7% and 3.6%, respectively.

Malaysia, it estimated, has the highest cost of healthcare as a result of obesity, making up as much as a 20% share of overall of healthcare spending.

However, there is encouraging progress in the fight against the bulge.

Based on the National Health and Morbidity Survey 2015 (NHMS2015), the battle may be halfway won as 66.5% of people said they were physically active, with 25.4% of them undertaking vigorous activities, despite another 41.1% rating themselves as being “minimally active”.

Under the National Plan of Action for Nutrition of Malaysia III 2016-2025, the government aims to prevent obesity numbers from increasing, based on the baseline used in the NHMS2015.

According to the survey, 3.7% of children under five years old are obese.

On July 1, the government started imposing sugar tax on manufacturers of ready-to-drink beverages to combat obesity and other diet-related ailments.

Under the move, an excise duty of 40 sen per litre is imposed on beverages with sugar content exceeding 5g per 100ml, as well as fruit and vegetable juices with more than 12g of sugar per 100ml. 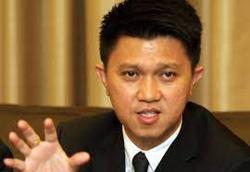