The RMN chief said the FIC and the helicopters, which cost more than RM400mil, will be delivered in stages.

“We are in the process of signing the contracts with the relevant parties to ensure we will be able to acquire the assets as soon as possible.

“We will acquire suitable assets as and when the need arises but it also depends on the country’s financial capabilities,” he said at a press conference at Wisma Pertahanan yesterday.

The FIC, according to Admiral Mohd Reza, is fast and able to go areas where other bigger ships and vessels could not, such as in shallow waters.

“The FIC will be placed at Sabah’s east coast, and will be able to intercept hostile ships faster.”

Meanwhile, the helicopters are more of a utility aircraft to transport personnel, especially the the Navy Special Squad (Paskal),” said Admiral Mohd Reza. 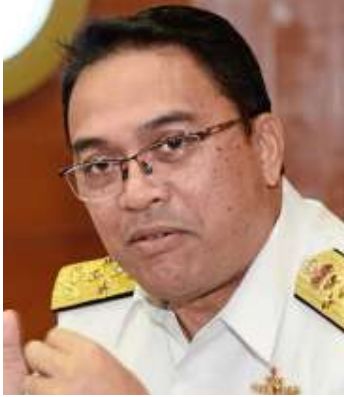 He added the littoral mission ships (LMS) project in China is running smoothly, with the first two ships expected to be completed next year.

“The ships will be placed in Kota Kinabalu to boost coastal security,” he said.

“The last time such a test was conducted was in 2014. After five years, it gives us a chance to test the readiness of the guided missiles, missile platform, as well as the personnel assigned.

“The guided missiles were fired and they were on target.

“While this is not unusual, it is very important to the navy as it proves our assault capabilities to the public and other countries in the region,” he said, adding that the successful firing of the missiles justified the investment on military assets. 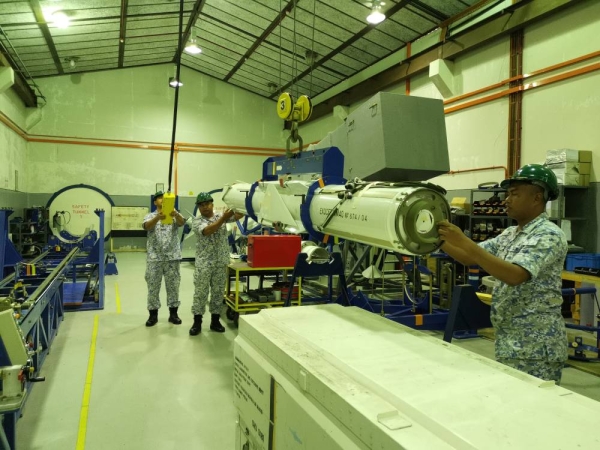 “It shows that we are always at the highest form of readiness in ensuring that our assets and weapons systems are functioning at optimum level,” he said, adding that the Exocet MM40 has been in the navy’s inventory since 2000.

“Meanwhile, the Sea Skua guided missile, which has been in our inventory since 2001, can reach

8 nautical miles and we hit the same distance during the exercise,” he said. 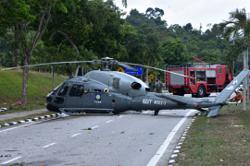