PETALING JAYA: The Pesticide Action Network Asia and the Pacific (Panap) has urged the government to ban malathion and set up pesticide-free buffer zones around schools following the poisoning of students in Port Dickson.

In the incident which happened on July 18, 32 pupils at SK Linggi became sick after workers sprayed malathion at a chilli farm located 500m away.

The coalition of civil society and grassroots organisations said that malathion was an organophosphate that is in a highly hazardous pesticide (HHP) list.

Panap also said that it had identified malathion as a pesticide that must be eliminated worldwide due to its inhalation toxicity, its role in endocrine disruption and its toxicity to terrestrial and aquatic organisms.

It also said that malathion is also one of the “terrible 20” pesticides that are extremely toxic to children, warning that long-term exposure to this pesticide could cause nerve damage, loss of IQ and memory among children.

“While it is good that the incident has served to remind the Agriculture Department and farm owners of their responsibility in training workers handling pesticides, we must point out that as long as HHPs are used, no farming community will be safe from exposure,” its executive director Sarojeni Rengam said in a statement on Wednesday (July 24).

Following the incident in SK Linggi, Deputy Agriculture and Agro-based Industry Minister Sim Tze Tzin blamed "human error" for what happened, saying the workers at the farm used a malathion-based pesticide that was not suitable for chilli plants.

According to Panap, research it had carried out found that the majority (72%) of farmers surveyed in seven countries in the Asia Pacific region were not trained in the proper handling of pesticides.

“The Agriculture Department has admitted that the use of malathion is not suitable for use in chili farms. Just how rampant is the unapproved use of malathion and other HHPs," said Rengam, adding that the pesticide should be banned outright.

Rengam also advocated for pesticide-free buffer zones of at least one kilometer to be set up around schools as this would benefit the health of children and encourage farmers to switch to safer practices in the long run. 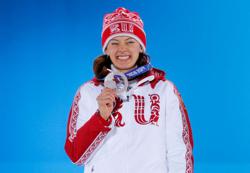