Wee (left) and Ting speaking on the case.

SIBU: The Sibu branch of the Sarawak Advocates' Association (SAA) wants the police to give a satisfactory explanation after one of its members was detained whilst discharging his duty on behalf of a client.

SAA Sibu president Orlando Chua said on Wednesday (July 24) that Ting Yong Ginn alleged that he was detained and treated unprofessionally by the police when he was
assisting his client in a dispute with an employee at a coffee shop at 9.30pm on July 17.

"Despite repeatedly reiterating that he was a lawyer assisting his client who was helping the police with their investigation, Ting was forced to surrender all personal belongings and was later escorted to the Sibu Central police station," said Chua.

Chua said the 53-year-old Ting was treated like a common criminal by the police.

"At the Sibu Central police station, Ting was made to understand that he would be detained. No grounds of arrest whatsoever were given despite repeatedly asking for the reasons for the detention," he added.

Chua also said in a statement read by SAA vice president Wee Wui Kiat that Ting was handcuffed and told to put on lock-up clothing, adding that the police took a urine sample from Ting to test for drugs.

He also said that Ting was locked up and made to sleep on a dirty, smelly concrete floor before he was released the following day after his statement was taken.

Chua said that the SAA took Ting's complaint seriously, adding that what was done by the police could give lawyers reason for fear if a proper explanation was not given

Meanwhile, Sibu OCPD Asst Comm Stanley Jonathan Ringgit said that the case has been referred to the state CID unit in Kuching.

"An internal investigation is underway," he added when contacted.

ACP Stanley also said that the lawyer's case has also been referred to the Deputy Public Prosecutor.

"An employee of his client has also lodged a police report against him," said ACP Stanley. 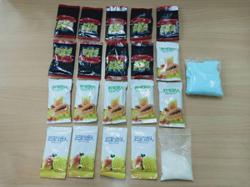