PETALING JAYA: Selangor Mentri Besar Amirudin Shari has been made a honorary Brigadier-General in the army for his role as the patron of the Selangor Territorial Army Support Committee (JAKPAW).

Melaka Chief Minister Adly Zahari was also awarded with the same honorary rank in his capacity as the patron of JAKPAW Melaka.

JAKPAW was established to encourage people to join the Territorial Army.

State chief ministers or mentris besar are officially appointed as the committee's patron by the Armed Forces Council and are conferred the honorary rank of brigadier-general.

According to a statement from the ministry, the honorary rank can be withdrawn if a person no longer holds office or commits an offence that tarnishes the name of the armed forces. 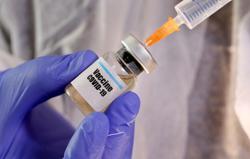