‘Sarawak has many hidden gems waiting to be explored’ 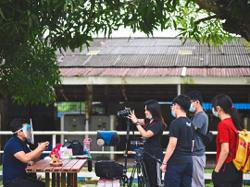 KUCHING: The Mulu and Niah Caves may be among Sarawak’s most famous attractions, but the state has other hidden gems that deserve to be promoted.

One such location which is well off the beaten path but worth a visit is the Usun Apau National Park, according to tourism officer Gustino Basuan.

The Sarawak Tourism Board communication manager said Usun Apau has the highest waterfall in Sarawak with a height of 300m.

“It could probably be the highest in South-East Asia. We don’t know yet as there is no one doing research on it.

“This could become an iconic tourist attraction for adventure in Sarawak,” he said.

However, Gustino said more work was needed to be done to achieve this as the place was very remote and did not have tourism facilities.

Gazetted in 2005, the Usun Apau National Park is located deep in the interior of Ulu Baram.

Visitors will have to travel over six hours by four-wheel drive vehicle from Miri to the park’s trail head, followed by a day’s trek through the jungle to a base camp at the Usun Apau plateau.

From the base camp, it’s several more hours of trekking to the Western Julan waterfall.

Sarawak Tourism Federation adviser Philip Yong said visitors should come and find out for themselves what the state had to offer, from vibrant cities to villages and nature.

He said Kuching, for example, had a lively food and coffee shop scene while Sibu had bustling markets.

“Kuching really is a Goldilocks city – not too big, not too small, just right.

“Then there are Bidayuh kampung getaways to be explored and incredible flora and fauna to be discovered.

“Sarawak, overall, is under-rated and overlooked. There is so much to discover here,” he said. 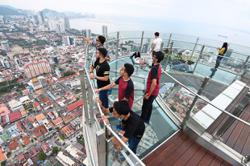