PETALING JAYA: The National Water Services Commission (Span) has lodged a police report on the two incidents of river pollution in Sungai Selangor that have caused major water treatment plants to be shut down in the last few days.

Span chairman Charles Santiago said they hoped the police would investigate if there were elements of sabotage in both incidents.

The report was lodged at the Bestari Jaya police station in Kuala Selangor on Monday (July 22).

Santiago said that it was a crime under Section 121 of the Water Services Industry Act, 2006 to cause the contamination of water.

“We will use the existing Acts to take stern action against those who caused the contamination,” Santiago said in a statement on Monday (Juy 22).

The Sungai Selangor Phases 1, 2 and 3, and Rantau Panjang water treatment plants were shut down on Sunday (July 21) night following the detection of diesel pollutant in Sungai Selangor, just two days after an odour pollution forced more than a million consumers to experience abrupt water cuts.

Selangor's sand mining concessionaire Kumpulan Semesta Sdn Bhd (KSSB) had said in a statement that it had detected diesel spillage in the river close to the Hang Tuah pond at about 6.15pm on Sunday.

It said in a statement that it was investigating the possibility of sabotage, saying that the situation was regretted.

Santiago hoped that the Selangor state government would end the concession if they were involved in the pollution.

He also urged the Hulu Selangor district and the Department of Environment (DOE) to take stern action against those involved in the incidents.

“To avoid incidents of pollution in the future which are a burden to the people, the Federal Government, state government and local government should consider stopping all economic activities near rivers, especially upstream, which is the main source of water for daily use, including cooking and drinking,” he said.

Santiago also urged the public not to make rivers as a place to dump their rubbish. 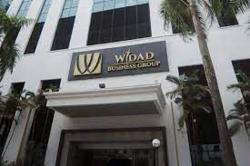