Dreams made possible thanks to grants

PARIT: Humaira Eddie Hirawan lost both her parents to tuberculosis last year while she was in Form Five preparing for the SPM.

The 18-year-old former SM Sains Sembrong student had remained steadfast in her studies while overcoming her grief, to score 10As in the examination.

“My father died when I was sitting for my SPM trial exam and my mother died five months later.

“It was a really tough period but I also wanted to make them proud of me,” she told reporters after receiving a sponsorship from Petronas Education Sponsorship Programme (PESP) during a presentation ceremony at Universiti Teknologi Petronas (UTP), Seri Iskandar here.

“And to be selected as a PESP recipient made me really grateful to them for their tireless support.

“I will always remember their advice to me, which was to always be myself and to go after whatever I aspire to be,” she added.

The third of five siblings said she hopes to pursue chemical engineering in China.

“I was initially worried as my father was the family’s breadwinner but thanks to Petronas, my dream is still on track.

“Petronas is also helping me look for a suitable institution.

“For now, I am learning Chinese at Universiti Malaya before flying there (China) next year,” she said.

Humaira was one of 400 students who were selected to receive the PESP sponsorship this year that helps them to pursue their tertiary studies locally and abroad.

Some RM156 mil has been allocated for the programme as part of Petronas’ corporate social responsibility efforts towards education.

Not wanting to burden her housewife mother, the 18-year-old said she steeled herself and studied hard to ensure she would qualify for a scholarship.

In thanking Petronas for the sponsorship, Kwok said she would further her studies in computer science in the United States.

“I will fly there in August next year. I am not sure what sort of work I would be getting but I plan to be involved in artificial intelligence,” she said.

“Despite the volatility in the global economy and depressed oil prices, investing in talent continues to remain our priority.

“PESP is a testament to our continuous commitment in building a sustainable pipeline of educated and skilled talent.

“Education is the vehicle that will empower our communities to improve their living standards and capabilities, enriching lives and helping the country progress,” he said.

“In the end, we chose 400 recipients based on their leadership skills, co-curricular activities and academic results.

“What we are looking for are candidates who are astute, have the ability to cope in new environments and share our values,” she said. 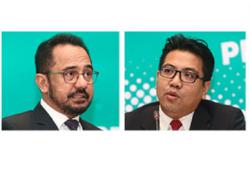 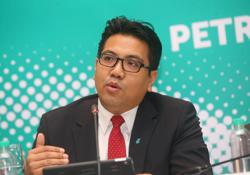