Audit Act to be amended

PUTRAJAYA: The Audit Act 1957 will be amended to give more authority and clout to the Auditor-General.

“This includes amending the Audit Act so that the auditor-general can act independently,” he said after chairing the meeting here yesterday.

Dr Mahathir said although the department is under the Prime Minister’s Department, the prime minister has no authority over the auditor-general.

“What has happened in the past was that the prime minister directs the auditor-general to audit this and not to audit that. That is wrong.

“The auditor-general must be free to take action that he thinks fit,” he said.

A year into the setting up of the committee, the Prime Minister said he was happy with the initiatives taken on governance, integrity and anti-corruption, pointing out that six months into the launch of the National Anti-Corruption Plan has shown a positive reaction. 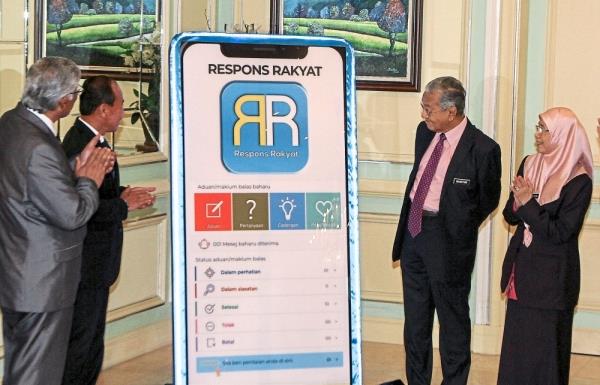 He said the people’s perception of the government’s seriousness in fighting corruption increased to 70.8% last year compared to 59.8% in 2016 according to a survey by the Malaysian Anti-Corruption Commis­sion.

Likewise, Malaysia’s position in inter­­national indicators has also improved he said, pointing to the World Bank Ease of Doing Business report where Malaysia is now in 15th position compared to its 24th placing last year.

Dr Mahathir also said that the Media Freedom Index 2019 has placed Malaysia top among South-East Asian nations and according to the Economist Intelligence Unit’s democracy index, the country is at 52nd place in 2019.

“We have also successfully put in place policies such as no Member of Parliament can be appointed to the board of directors’ positions and government-linked companies.

This, said Dr Mahathir is a vast improvement compared to 2017 where only 30% of projects were through open tender, 58% via restricted tender while 12% are through direct negotiations.

He also launched the Response Rakyat (RR 2.0) smartphone application, which is designed to facilitate the public to report complaints or give feedback on the public service delivery system.

The RR 2.0 allows the people to deal with 460 government agencies, including 25 ministries through the application.