Perak CPO: Probe will stick to SOP without bias

He said the police would ensure investigations were not biased against any party.

“The status of the alleged suspect does not in any way affect our investigations,” he said at the state police headquarters here yesterday

“We have also sent the investigation papers to the deputy public prosecutor’s office. They will review and check while we wait for the medical and forensic reports.

“Both reports should be completed within two to three weeks,” he said, adding that the maid is currently being housed at the Indonesian Embassy.

On July 8, the police received a report from the Indonesian woman, 23, claiming that her employer at his home in Meru, Ipoh, raped her.

On July 13, Razarudin said doctors had also examined the exco member as part of the police investigation.

When asked about a police report lodged on another Perak exco who allegedly tried to solicit a commission over a land deal in Kerian, Comm Razarudin said the matter was being investigated.

“We have also recorded both their statements,” he said.

Abdul Yunus responded to the accusation by claiming that Beh wanted to exact revenge against him for not supporting his applications for land last year. 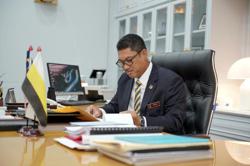 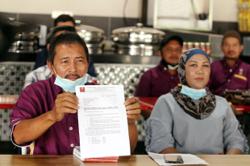 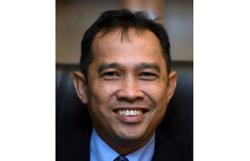 Exco members carrying on as usual, as question marks loom over Perak govt