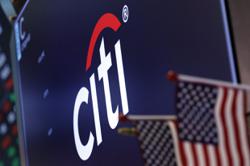 KUALA LUMPUR: It’s not every day that you see the garrulous Tun Dr Mahathir Mohamad speechless, but that’s what happened when the Prime Minister met Sophia for the first time.

The 94-year-old seemed at a loss for words when he was faced with the “social humanoid” robot.

“I am beyond excited to meet you. Not many people get to schmooze with the Prime Minister when they visit Malaysia,” said Sophia, which was developed by Hong Kong-based Hanson Robotics.

Sophia, a woman-like robot, was displayed for the first time in Malaysia at the Beyond Paradigm Summit organised by Serba Dinamik Holdings, which was officially launched by Dr Mahathir on Wednesday (July 17).

During the first few minutes of their chat, Dr Mahathir, who was asked to hold a one-to-one conversation with the robot, seemed tongue-tied until Sophia broke the ice.

“I hope it is not too late to congratulate you for your re-election (as the PM) and wish you (sic) for your 94th birthday.

“If only I had remembered to bring a present. I will sketch a portrait of you,” said Sophia, who started drawing a portrait of Dr Mahathir – to his amusement.

“Do you know about my first term as Prime Minister? Do you know better than me?

“How are you different from other robots? Do you dream of a world where robots and humans live together and get along with each other?” asked Dr Mahathir, getting into the swing of things.

Sophia then rattled off the date and information of when he was elected as the fourth PM.

“For starters, most other robots don't get to hang out with the Prime Minister of Malaysia. Unlike other robots, I was designed with human features to better interact and build relationships with people.

“When I am not helping with artificial intelligence research, I travel the world meeting the people,” said the robot.

Sophia was first activated on Feb 14, 2016 and is able to display more than 50 facial expressions.

In November 2017, Sophia was named the United Nations Development Programme's first ever Innovation Champion, and is the first non-human to be given any United Nations title. 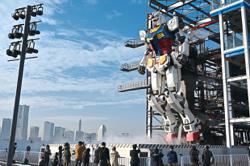