DoE moves in at Pasir Gudang 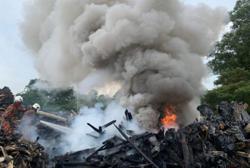 Clean air: A drone sent in by the municipal council showing the air quality in Pasir Gudang has improved. — Bernama

JOHOR BARU: The Department of Environment will continue to monitor air quality and factories in Pasir Gudang to prevent any pollution incident from happening again.

State director Wan Abdul Latiff Wan Jaafar said there were many improvements since the placement of multi-gas detectors, which acted as an early warning system at all 111 schools in the area.

“Based on the data we gathered from the schools, the air quality readings was between zero and one, which is good.

“But we will still collect data regularly, including placing a better quality gas analyser machine, to gauge the air quality,” he said when contacted.

Wan Abdul Latiff said besides monitoring the air quality, they would keep on checking all the factories that are currently operating in Pasir Gudang.

He said on Thursday, a joint operation was held with agencies such as the police, Pasir Gudang Municipal Council, Land Office and Immigration Department to clamp down on illegal factories.

“We raided three factories and one of them had their equipment seized.

“The owners were ordered to stop their operations and all the three premises were sealed by the municipal council,” he said.

“One factory was believed to be recycling used items such as plastics and oil.

“Another was dealing with metals and the third was separating solid wastes,”

Wan Abdul Latiff said there were more than 2,000 factories operating in Pasir Gudang.

“Together with other enforcement agencies, we will be inspecting them one by one.

“This is to make sure that all of them comply with the stipulated guidelines,” he said, adding that action would be taken against factories operating illegally.

He added that although the initial target of inspecting 250 factories was almost achieved, the department would continue with more inspections.

“We will continue to conduct as many (checks on factories) as possible.

According to a posting on the DoE account on Facebook on July 11, the focus of the operations was on illegal factories.

Besides the stop-work order, other action taken against these factories included cutting off electricity supply. 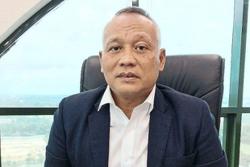