MIRI: The Sarawak Fire and Rescue Department has activated a safety action plan for villagers living along the Sarawak-Sabah interstate gas-pipe route in Sarawak.

Under the action plan launched in Long Laput in Ulu Baram district in northern Sarawak, these villagers will be trained to deal with any possible fire explosion incidents.

Petronas is helping to sponsor firefighting equipment for these squads.

Khirudin said the safety of the people living along the 600km-long pipeline route was a top priority.

"The action plan involves training the villagers to be well-equipped and fully trained to handle any emergency situations if any incident happens along the gas pipeline.

"Every settlement along the route will see this action plan activated," he said.

On Jan 10 last year, there was an eruption along the section of the giant pipeline near the Long Luping settlement located adjacent the Sarawak-Sabah border. That was the second incident to happen in four years in the northern Sarawak side.

Petronas carried out a thorough inspection of the pipes after the incident.

After Long Luping, other settlements include Long Semadoh and Long Sukang and then the Lawas hinterland, where the pipes connect to the Baram side, then winds towards Miri and Bintulu.

The pipeline is to channel gas from Kimanis in interior Sabah to Bintulu port in northern Sarawak for processing and export.

The pipeline is a RM4bil project by Petronas which started about 10 years ago.

On June 11, 2014, an explosion occurred in the hills of Lawas district when a leak happened at a section of the pipeline.

No one was injured in that 2014 incident. 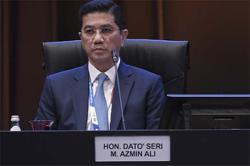 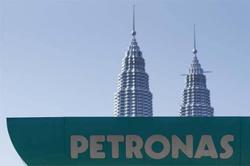