Xavier: Not all exotic animals can be pets

Get approval first: Dr Xavier says that not all exotic animals make suitable pets while answering a question in the Dewan Rakyat in Kuala Lumpur. — Bernama

NOT all exotic animals can be bought or kept as pets says Water, Land and Natural Resources Minister Dr Xavier Jayakumar.

“There are laws and regulations stating that not all exotic animals can be bought, kept or traded as pets.

“We have to see what sort of species the animals are and how they are to be kept.

“Those planning to keep exotic animals as pets must seek the approval from the Water, Natural Resources Ministry,” he said when answering a question by Mohd Shahar Abdullah (BN-Paya Besar).

Mohd Shahar asked if the government would make it easier for the public to keep exotic pets such as iguana and crocodile as they were becoming popular among the youth.

On conservation of endangered animals, Dr Xavier said the Wildlife and National Parks Department came out with a Red List of Mammals for Peninsular Malaysia covering 222 mammals.

He said data on the list would help researches and those with interest in the subject learn more about local mammals, particularly those that are almost extinct.

He said the department was also preparing the Malayan Tapir Action Plan to help conserve the mammal in the peninsula.

Apart from this, he said there were also national action plans to help protect the Malayan tiger and elephant.

Dr Xavier acknowledged that there was a need to better preserve the natural habitat of wild animals in light of increasing conflict with humans, adding that his ministry was drafting stricter regulations to protect forest reserves. 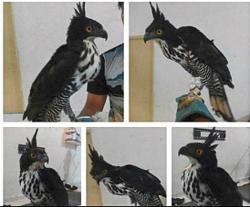 Keeping of exotic animals as pets is wrong 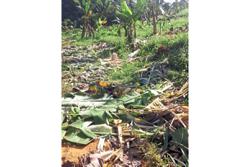 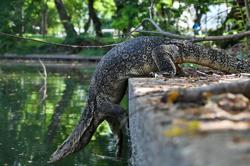