Blacklisted PTPTN borrowers may be allowed to buy homes

KUALA LUMPUR: First-time home buyers burdened with student loans may stand a chance to buy their own home, following a move to exempt them from being blacklisted from purchasing homes in the Central Credit Reference Information System (CCRIS).

Housing and Local Government Minister Zuraida Kamaruddin said her ministry has received approval from the Education Ministry through the National Higher Education Fund Corporation (PTPTN) to exempt those loans from being listed in CCRIS.

“This is only for the purpose of buying homes. They cannot buy cars or anything else,” she said, adding that borrowers could be eligible for any housing loan.

However, she said she was unsure of how many PTPTN borrowers were listed under CCRIS.

She said she had spoken with PTPTN chairman Wan Saiful Wan Jan on the move and could be implemented soon.

“I called him about a month ago when I was in the process of getting the end financing packages for homes,” she said.

She said the new rule would be included in the Youth Housing Scheme that is expected to be launched in October.

She told the media this after attending the launch of the Hi Home Property Conference, which will be held on July 25.

Meanwhile, Zuraida said the perceived abandoned Prima Homes project will be completed by its deadline of May 2020.

She said Prima is currently conducting due diligence and streamlining its processes with the Ministry.

Zuraida said work on the Rantau project could start again soon as payments to contractors were being made.

“The Prima team has discussed the solutions, which will be presented some time this week before they are executed next week,” she said.

It was reported that work on Prima homes in Rantau had stopped as contractors claimed they were not getting paid, while home buyers had already started servicing their loans. 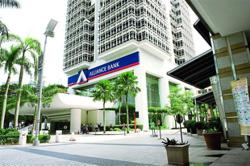