GERIK: The Gerik police are offering a 50% discount on selected traffic summonses in conjunction with the "Karnival Lenggong" celebration.

Gerik OCPD Supt Ismail Che Isa said the discount would be offered to all types of traffic offences, except for those that are involved in accidents, those that are non-compoundable, with a warrant, those that are being tried in court, Ops Selamat cases and those involving lorries.

"The discount is open to all Malaysians.  Those wanting to pay off their summonses can do so at Dataran Lenggong on July 13 from 9am to 4pm," he said in a statement on Monday (July 8).

"We will also have counters to check summonses," he added.

The carnival is meant to commemorate the recognition of the  Lenggong Valley as a Unesco World Heritage Site for Archaeology in 2012.

Supt Ismail said the prices for the discounts have been set with RM300 summonses to be halved to RM150.

He also advised those who want to pay off their summonses to check beforehand at the nearest traffic police station or online to avoid a long wait.

"They should find out first which of their summonses is eligible for the discount. "However, the services will not be available if there is a breakdown of our Computerised Operational Police System," he added. 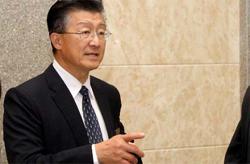 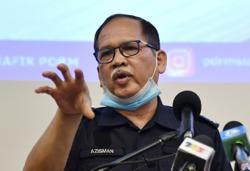