Mother nature under attack: Illegal earthworks being carried out on a plot of land beside the Air Hitam Dalam Education Forest in Sungai Dua in Seberang Prai. — ZHAFARAN NASIB/The Star

BUTTERWORTH: An illegal land clearing right next to the Air Hitam Dalam Educational Forest in Sungai Dua is threatening the ecosystem of the only remaining peat swamp forest in Seberang Prai.

Work at the site continued despite the Seberang Prai Municipal Council (MPSP) issuing a stop work order and seizing vehicles from the site. 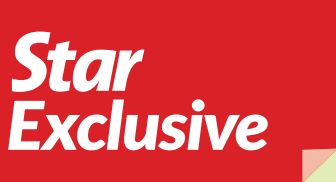 MPSP president Datuk Rozali Mohamud said the council has not received any application from anyone to initiate the earthworks and is in the process of bringing the landowner to court for carrying out development work without permission. He declined to give further details on the landowner.

The stop work order was issued on April 19 and four lorries have been seized so far.

“After serving the landowner a notice, work did not stop. We seized two lorries on May 30, followed by another lorry on June 19.

“The most recent seizure was a 10-tonne lorry on Tuesday.

“Despite this, the land owner still did not take heed of the order from the council to stop work,” said Rozali.

Rozali added that so far, three out of the four lorries seized have been returned to the owner after a RM3,800 compound for each vehicle was paid.

A check by The Star at the site on Thursday found several workers were still present and a bulldozer at the site. They were visible from the main road and the observation decks in the forest.

There was earth almost two storeys high piled up on the private land up to the edge of the peat swamp.

A Forestry Department officer, whose office is at the park, said the illegal earthworks have not encroached into the park’s land but it was right at the edge and the scenery was tarnished.

“The work is being done on a neighbouring lot which is privately owned.

“Although the scenery now will not be as nice as how it used to be, we assure the public that the park will be preserved,” he said.

The officer also explained that all applications for development will have to be submitted to the council and subjected to approval by a committee comprising various government agencies, including the Forestry Department.

“We would have objected to the development, but there was no application submitted or brought up to us,” added the officer.

He urged the authorities to enforce a buffer zone against development to protect the swamp.

Having a green buffer zone will provide greater protection for the forest as well as help it retain its moisture level.

“The peat swamp is an important area for many animals including more than 50 bird species, some of which are migratory birds,” he said.

Besides lizards, crabs, otters, squirrels and several species of monkeys, birds such as the Asian openbill storks, Asian glossy starlings, Mangrove pittas, Racket-tailed drongos, Crested serpent eagles, barn owls, and both Collared and Ruddy kingfishers have been spotted in the forest, he said.

“We have Prai River on one side as the natural buffer zone, but development on the other side is getting too close.

“There should also be proper hydrology such as inlets and outlets for the swamp, but we can see that it’s now drying up.

“If the earthworks is found to be illegal, it needs to be rehabilitated and restored to how it was,” he said.

Air Hitam Dalam Educational Forest covers about 11ha and has a 210m long suspension bridge, observation towers and over a kilometre of boardwalk for visitors to explore and learn about peat swamps.

Admission to the park, which is open daily, is free. It is reachable via a 15km or 20-minute drive from Kepala Batas town.