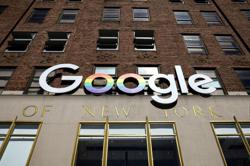 PETALING JAYA: The Malaysian Communi­cations and Multimedia Commission (MCMC) is cracking down on the growing number of illegal satellite dishes in Malaysian homes.

The commission has warned that possession of such satellite equipment is illegal.

“Resellers and homeowners can be prosecuted for possession of unauthorised telecommunication equipment,” an MCMC official told The Star.

This comes as illegal Laos satellite (LaoSat) set-top boxes or decoders, which allow users to access about 160 television channels, are becoming popular in the country.

For only RM400, the decoder can be used to watch sports, movies and news channels for a year.

A source said these illegal satellite receivers are popular among Chinese households as almost half of the programmes beamed via the KU-band are in Mandarin.

The source said the local installer used the existing satellite dish to receive the broadcast.

“Local installers use the existing 65cm dish and reposition its direction, facing it to the eastern side, to get the transmission,” said the source.

The source said the decoder, which was imported illegally into Malaysia via the Malaysia-Thai border, could be obtained easily from the local e-commerce and e-shopping stores.

The source said that while most purchases come with installation, homeowners could also seek the services of freelance installers via online advertisements to fix their set.

If convicted, offenders can face a maximum fine of RM100,000, up to two years’ jail or both.

The official said the offender could also be charged under the Customs Act for obtaining the equipment illegally.

Offenders can be fined between 10 and 20 times the value of the item seized and can face a jail sentence of up to three years if they are caught with the device.

The MCMC has urged those who have information on the selling of the set-top box and ownership of the equipment to alert them.

An Astro Malaysia Holdings Bhd spokesperson said they were aware that their dishes were used by unscrupulous installers to fix LaoSat.

The spokesperson said they were working with MCMC to look into the situation and see how to get subscribers who had terminated their subscriptions to return the equipment.

The source said the use of the LaoSat was difficult to detect as they were masked with the local dish.

“One cannot tell the difference unless they are familiar with the position where the dish is facing to receive the broadcast,” said the source.

“There are many installers offering such services and the number is growing in the past year due to its popularity. These technicians charge as little as RM150 for the installation and another RM250 for the decoder.”

A LaoSat decoder vendor, who declined to be identified, said he installed between six and eight decoders a week.

“If the existing local satellite dish is available, there is a need to reposition the dish and this job can be done within 15 minutes.

“Getting the right position to receive the LaoSat transmission is easy and quick in general, depending on the time and weather,” he said.

The source said the LaoSat broadcast is targeted at Chinese-speaking households and football fans.

“There is a lot of Chinese programmes, including live sporting events. There are also channels dedicated to English and European football matches aside from news programmes and a wide range of Chinese dramas,” said the source.

The source said this illegal LaoSat set-top box was introduced to Malaysia early last year before the World Cup tournament.

The satellite broadcast, which is operated by Lao Asia Pacific Satellite Company Limited, covers the entire South East Asia nations, Indo-China peninsula, China and as far as India, Pakistan and parts of Afghanistan.

The satellite signals are beamed from Vientiane.