PETALING JAYA: A Malaysian student was part of a team that managed to beat the existing United Kingdom altitude record for amateur high power rockets. The rocket managed to reach a height of 11.056km (36,274ft) at the world's largest rocket engineering competition held in New Mexico, United States.

The 24-year-old lad from Puchong, Selangor, told The Star that prior to leading SunrIde, he was one of the seven students who represented the United Kingdom in the 2018 competition and participated in the 10,000ft (3.048km) category.

For this year's competition, Vishan and 14 other engineering and mathematics students from Sheffield University brought their rocket and competed with more than 100 teams from around the world to beat the 19-year old record.

The record was confirmed by the United Kingdom Rocketry Association (Ukra). Ukra also noted that the rocket reached a maximum speed of Mach 2.67 and an acceleration of 29 G-force. (http://www.ukra.org.uk/node/80)

When asked about his future plans, Vishan replied, "For now, I have proposed for a bigger programme in the university called 'Sheffield Shot to Space' in which my aim is (to launch a rocket which can) to reach 100,000ft (30.48km) by 2021."

He noted that there needs to be proper infrastructure in establishing solid and liquid rocket engine manufacturing, as well as testing to achieve this programme.

"I hope this programme will be the stepping stone for us to create the talent pool needed for UK's growing space industry," he told The Star.

Vishan will be also returning to Malaysia at the end of this month to present a case study on SunrIde at the Malaysian Conference of Student Research on July 20 in Ara Damansara.

He noted that this is to emulate and encourage such STEM-based (Science, Technology, Engineering and Math-based) rocket engineering programmes in the country.

Wanting to make his home country proud, Vishan also expressed hope that the knowledge and experience gained from Sheffield would be able to boost the space industry in Malaysia.

"I hope to help grow our space industry which has so much of promise especially with amazing groups and companies such as Independence X Aerospace and Kedah Rocketry Group who are pushing this industry forward," he said.

Rocket AMY by SenYul on Sketchfab 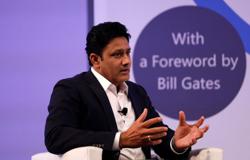