KUALA LUMPUR: The RM2mil that was deposited into the account of Tadmansori Holdings Sdn Bhd was meant as a political donation, the High Court heard on Wednesday (July 3).

The phone call, said Mohd Hasbi, was made after he received a message through WhatsApp from Tengku Adnan, showing the photograph of the cheque for RM2mil that was received on June 14, 2016.

The witness, who was testifying in the corruption trial of Tengku Adnan, was under cross-examination by defence lawyer Datuk Tan Hock Chuan here on Wednesday.

Tan: After you received the WhatsApp message from Tengku Adnan, did you (two) speak on the phone?

Hasbi: After he forwarded (the photograph), yes. I told asked him, 'Is this for Tadmansori Holdings?' He said yes.

Tan: When you were talking to him, did he say that it was political donation (for by-elections)?

When asked by Tan whether Mohd Hasbi was aware that two by-elections were taking place on June 18, 2016, – one in Sungai Besar, Selangor and another in Kuala Kangsar, Perak, – Hasbi answered in the affirmative.

Deputy Public Prosecutor Rullizah Abdul Majid, in re-examining, then asked Mohd Hasbi to explain what was done with the information.

Mohd Hasbi said although it was understood that it was a political donation, it was entered into the account as shareholder advances.

Fifth prosecution witness Rabiatul Adawiyah Sobri, who is Tadmansori Holdings' assistant manager for accounts and finance, said that Mohd Hasbi forwarded the WhatsApp message with the photograph of the RM2mil cheque to her on June 14, 2016.

Rabiatul said she then proceeded to record the deposit into the company's account books.

She said that it was normal practice to treat funds deposited by Tengku Adnan as shareholder advances.

"Shareholders sometimes take out money from the company, so when (they) deposit money into the company, it is treated as paying off the debts," she explained under questioning from Deputy Public Prosecutor Julia Ibrahim.

Rabiatul also said since she started working in Tadmansori Holdings in 2013, there had been no transactions involving the company giving money to Umno.

On Jan 23 this year, Tengku Adnan maintained his not guilty plea before Justice Mohamed Zaini when the charge was read to him again on first mention. This was after the case was allowed to be transferred from the Sessions Court to the High Court on Dec 14, 2018.

According to the charge, Tengku Adnan, as a public servant, namely, the Federal Territories Minister, had accepted for himself RM2mil from Chai Kin Kong via a Hong Leong Islamic Bank cheque belonging to Aset Kayamas Sdn Bhd, which was deposited into the CIMB Bank account of Tadmansori Holding Sdn Bhd in which Tengku Adnan had an interest, when it was known that Aset Kayamas had connection with his official duties.

Tengku Adnan is alleged to have committed the offence at CIMB Bank Bhd, Pusat Bandar Damansara branch here on June 14, 2016.

He was charged under Section 165 of the Penal Code, which provides for a jail term of up to two years or fine or both, on conviction.

The trial continues before Justice Mohamed Zaini Mazlan in the afternoon. 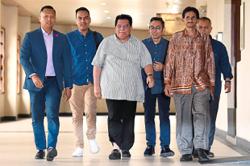 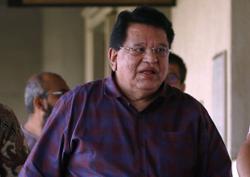 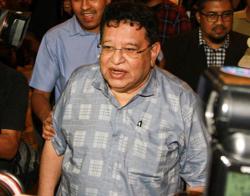