Bag-free Monday: Shoppers are encouraged to bring their own bags, especially on Mondays. Plastic bags will not be available even if shoppers are willing to pay for it.

GEORGE TOWN: Several supermarkets have been keeping the money collected from the sale of plastic bags instead of handing them over to the state government.

State environment committee chairman Phee Boon Poh said they had identified the supermarkets and were going through state by-laws to deal with this.

He said the money, which came from consumers who paid 20 sen for each bag, was meant for programmes implemented under the Agenda Ekonomi Saksama (Just Economic Agenda) to assist the poor.

“These supermarkets are using a federal law which says the money could be used for community or corporate social responsibility programmes.

“But we will go after them. They have to follow the local councils’ by-laws or state enactment, which made it compulsory for the supermarkets to hand over the funds to the state government.

“In fact, it’s part of the licensing condition. We will not hesitate to revoke it should the need arise.

“We will discuss with the state legal advisers,” he told reporters after opening a dialogue session on “say no to plastic straws and single use plastics” with factory canteen operators at Komtar yesterday.

The Penang government had introduced the “No Plastic Bag Day” in stages, starting with the ruling that no free plastic bag would be given on Mondays from July 2009.

It was extended to three days in a week in 2010, and daily in 2011 for certain businesses.

The policy does not apply to petty hawkers, traders at wet markets or stand-alone businesses.

In March this year, state local government committee chairman Jagdeep Singh Deo said the state had collected RM8.9mil since the “No Plastic Bag Day” was introduced in 2009 when such bags were charged 20 sen each.

Starting yesterday, the state government brought the initiative one step further – no plastic bags for shoppers on Monday even if they are willing to pay 20 sen, on a three-month trial.

Phee, however, said the initiative would be on a voluntary basis, adding that no action would be taken against the fixed premises operators who did not take part in the initiative. 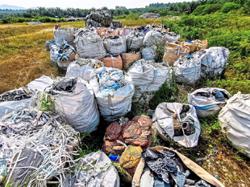