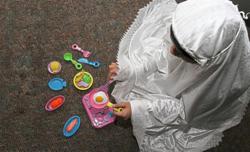 KOTA KINABALU: The Sabah government is aiming to amend laws to raise the minimum marriage age to 18 by August this year.

This was revealed by state Law and Native Affairs Assistant Minister Jannie Lasimbang, who officiated a workshop on child marriage at Lintas Platinum Hotel here on Monday (July 1).

Lasimbang, who is Kapayan assemblyman, said that Sabah will be the second state after Selangor to pass such "progressive" laws, should the proposed amendments be implemented.

"Through this workshop, we will assess what amendments are needed to increase the minimum marriage age, with particular attention to the Muslim Families Law Enactment, the Native Court Enactment, and the Law Reform (Marriage and Divorce) Act (LRA).

"We will see what has been done by the organisations and government agencies so far, and create an action plan for the next three to four years," she explained.

Lasimbang said in addition to the workshop, more work needs to be done on the ground to ensure that people understand the laws.

This can be done by going to the schools and community with representatives from the state Education and Innovation Ministry, as well as the Health and Wellbeing Ministry, she added.

"The Native Courts are ready for a change. The ministry has provided training to the village heads and Native chiefs, so that they are aware about the proposed amendments to the laws.

"For example, the leaders also learn that in the case of pregnant teens, there are other options besides marriage. The girls can raise the child as a single mother, or give the child up for adoption," she said.

According to Lasimbang, the three-day workshop is participated by some 60 representatives from government agencies and NGOs around Malaysia.