Light-hearted moment: Aya (centre) with a Bateq family in Kuala Koh in September 2013.

“Most of them don’t have vehicles. Maybe one car or none at all. They cannot use taxis or GrabCar,” said Aya, who spoke on “Demo­graphic Aspects of the Bateqs of Kuala Koh in 2011 and 2012” at a panel discussion on “What has led to the Kuala Koh catastrophe?” through video conferencing on Friday evening.

The nearest hospital for them was 75km away, while the nearest clinic in Aring 1 was about an hour by car.

Aya said hospitals and clinics were unfamiliar ground for the Bateq community and language posed a barrier as they speak Bateq and not Malay.

Fifteen Orang Asli from the community have died since May.

Three of the deaths were confirmed to be due to the common measles, combined with a fragile im­mune system and severe malnutrition.

From June 3 to 18, the number of respiratory-related illness cases in the village reported to the Kelantan health department remained at 113, with 43 confirmed to be measles, said the Health Ministry.

University of Exeter anthropologist Dr Ivan Tacey, who has worked with the Bateq in Kelantan and Pahang since 2006, said that from his experience, the Bateq community was generally wary of going to hospitals.

“While there are some good doctors, many of the Bateq people are frightened of going to see a doctor because they encounter extreme racism in hospitals,” he said.

Anthropologists call this “structural violence”, where one has a lower chance of surviving due to the lack of healthcare, which is in turn caused by institutionalised problems, he said.

“Why is there no healthcare near the village? You can easily have one near there.

“Why are there no doctors going in regularly to give the Orang Asli thorough check-ups and ensure that everyone gets their measles vaccination?” he asked.

Centre for Orang Asli Concerns coordinator Dr Colin Nicholas said it was not difficult for health authorities to get the community vaccinated as the village was near the road and even an old Proton Saga could enter it.

“They are not fully hunter-gatherers or fully nomadic. Kuala Koh is their base camp where they meet traders,” he said.

He added that oil palm expansion began in the 1970s and came closer to the Kuala Koh area in 2010 and 2011, and the land was cleared up right to their doorsteps. 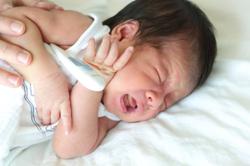 More of our babies are dying... why and what can we do? French mortality rate in May below previous years despite epidemic 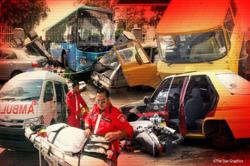