No let-up in ‘no smoking’ drive, says Dzul

SERDANG: Some “recalcitrants” continue to smoke in open-air eateries despite the ban but the Health Ministry will continue its educational enforcement until the law comes into full force by next Jan­uary, says Datuk Seri Dr Dzulkefly Ahmad.

“With any policy, there is bound to be a small number of people who resist it,” said the Health Minister.

“Beyond just the law, we want people to understand why we im­pose the smoking ban.

“It is for the welfare and health of the people. This is the time given for the buy-in,” he said in a press conference held in conjunction with World Tobacco Free Day 2019 yesterday.

However, he said that there would be no more moratorium on penalties from next year.

“We will not compromise and enforce the law (on Jan 1),” he said.

Dzulkefly pointed out that in 2015, the World Health Organisation (WHO) reported six million deaths each year as a result of smoking.

“This is a tragedy if parents do not know that they are exposing carcinogens to their children,” he said.

In Malaysia, the National Health Morbidity Survey 2015 estimated that five million Malaysians aged 15 and above were smokers while 20,000 die every year as a result of health complications from smoking exposure,” said Dzulkefly.

Meanwhile, he said the ministry had set up a task force, headed by his deputy Dr Lee Boon Chye, to address vaping and e-cigarettes.

Following the smoking ban in eateries, more than 111,042 premises were inspected from Dec 31 to June 2.

The number of warning notices issued during the same period were 29,650, while 227,770 educational activities were carried out.

The ministry had also received 1627 complaints. 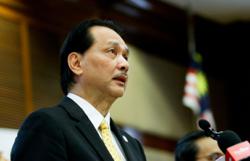 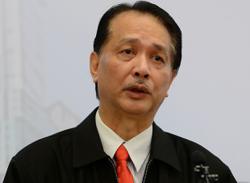