M'sian defecates 16 heroin pellets after being detained in Australia 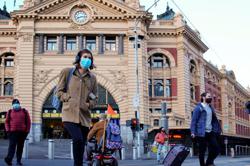 PETALING JAYA: A Malaysian man had to defecate 16 heroin-filled pellets after he was caught trying to smuggle them into Australia by authorities at an international airport in Victoria.

In a joint statement, the Australian Federal Police (AFP) and Australian Border Force (ABF) said the 38-year-old man had been charged on June 26 with drug importation offences for attempting to import about 700g of heroin through the Avalon Airport.

It said ABF officers at the airport targeted the male passenger for a baggage examination after he arrived on a flight from Kuala Lumpur on June 25.

The officers then became concerned that the Malaysian might have been concealing more drugs internally.

They then notified the Victorian Ambulance Service and AFP.

According to the statement, further examination uncovered three more pellets on the man.

"The man was taken into custody by AFP officers and transported to hospital for further medical treatment. While in hospital, a further 13 pellets were located, also containing heroin," the statement read on Thursday (June 27).

It added that the man had been charged with importing heroin under Section 307.2 of the Criminal Code 1995 (Cth), with the maximum penalty for the offence being 25 years' imprisonment.

According to the AFP's Facebook page, the Malaysian is believed to have swallowed the heroin-filled pellets. He had to expel them by defecating.

"This is the reality of internal drug trafficking; it starts on the streets and ends with a big ole mess in a hospital bathroom. It’s not only disgusting, it’s life-threatening – for both couriers and drug users.

"Internal couriers are used by criminal syndicates to lessen the risk of getting caught themselves.

"They are comfortable sending couriers out knowing they could die if something goes wrong. Do you want to be part of this evil trade?" the post read.

The Facebook post also warned the public against buying drugs as it would be akin to supporting organised crime.

“Those that seek to import drugs, be it via an internal courier or any other method, remain firmly in our sights.

“The AFP and the ABF, along with our other law enforcement partners, will continue to use every network, every relationship and every partnership that we have to target those that seek to profit from the illicit trade in narcotics,” he said.

According to AFP and ABF, the Malaysian would remain in custody until his next court hearing at the Melbourne Magistrates Court on Sept 17. 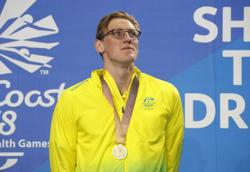 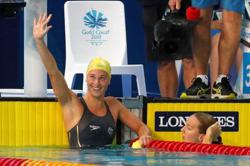