PASIR GUDANG: The authorities have narrowed down to 30 chemical factories that may have caused the air pollution in the district here.

Johor Mentri Besar Datuk Dr Sahruddin Jamal said the state government has given a directive to the Department of Environment (DoE) and other agencies to find the main polluter.

“Once we have found the factory, we will issue a letter for them to cease their operations until we carry out full investigations,” he added.

On the incident where 15 schools had their lessons disrupted from the pollution Monday (June 24), he said 75 students have been referred to Sultan Ismail Hospital (HSI).

Four more victims were still seeking treatment but do not need intensive medical care, he added.

The students had complained of difficulty in breathing and vomiting.

When asked if all schools would be closed if the situation escalated, Dr Sahruddin said they would be making an announcement soon.

Earlier, schools and education centres with some 20,000 students and teachers within a 6km radius of Taman Mawar have been ordered closed until Thursday following the second case of air pollution to hit Pasir Gudang district.

The order issued by the Johor government affects all 16 primary and secondary schools here.

The order also covered state government-run religious schools, 69 kindergartens and preschools as well as Politeknik Ibrahim Sultan, which are all located within the affected area.

This came just three months after a toxic pollution crisis in Sungai Kim Kim that resulted in over 4,000 people falling ill and the temporary closure of 111 schools in the Pasir Gudang district.

Four individuals, including two Singa­poreans, have been charged in the Sessions Court for their alleged involvement in the case.

Three of them are directors of a used tyre processing company and the other is a lorry driver. 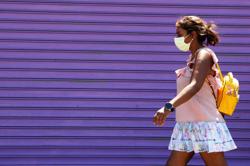