The Sembrong MP arrived at the MACC office at 11am Sunday (June 23) in a black MPV.

"I will give full cooperation, without fear or favour. I have nothing to hide, so let's get to the bottom of this," said Hishammuddin, who stopped his car before entering the building to greet reporters who had been waiting for his arrival.

He added he was not sure what he will be questioned about and how long the interrogation would take.

On May 17, Mindef handed over 14 reports on the alleged dubious land swap, after surrendering two reports earlier.

The reports were the findings of the Governance, Procurement and Finance Investigating Committee that had investigated 16 deals involving 1,183ha of land belonging to Mindef.

Besides the land value, the cost of the projects was estimated at RM4.88bil.

Findings on one of the audit reports stated that a former prime minister and former defence ministers were found to have been clearly involved in the land swap deal for the development of the Muara Tuang and Penrissen camps in Sarawak.

Najib was prime minister and while Datuk Seri Dr Ahmad Zahid Hamidi was defence minister at the time.

Dr Ahmad Zahid had been questioned by the anti-graft agency on the case last Thursday (June 20). 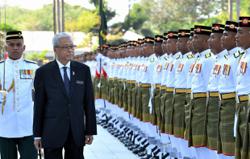 Mindef to continue probe into various deals, including land swaps 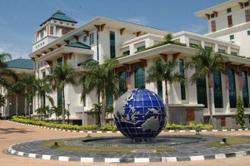