LGE: Acquiring four highways would save govt RM5.3bil in compensation PETALING JAYA: The government has indeed made a RM6.2bil bid to take over four highway concessionaires – a deal that would save taxpayers RM5.3bil in compensation to the concessionaires, says Finance Minister Lim Guan Eng.

"Prime Minister Tun Dr Mahathir Mohamad suggested on Feb 23 to take over four concessionaires of tolled highways under the interests of Gamuda Bhd.

"The success of this bid depends on due diligence, the support of the shareholders and creditors of the concessionaires, and the final decision of the Cabinet," said Lim in a statement on Saturday (June 22).

Lim was responding to news reports that the government had made a huge offer to take over Litrak and three other toll concessionaires.

The government had earlier in February this year announced its intention to acquire the four highways as part of its election promise.

Litrak, in a filing with Bursa Malaysia on Friday (June 21), announced that the company had received a RM2.47bil takeover offer from the government.

Lim further said that the takeover of the tolled highways would be financed through a special purpose vehicle (SPV) company under the Minister of Finance (Incorporated), a corporate body under MOF.

"This is the first step of the government to lessen the burden of the highway users and fulfil the promises of Pakatan Harapan," said Lim.

He explained that the takeover would directly save taxpayers RM5.3bil in the form of compensation to the concessionaires to keep current toll rates until the concessions expire.

"The compensation need not be paid after the highways are taken over by the government. This means the government can allocate an extra budget of RM5.3bil to assist the people in the coming years.

"The SPV will bear the RM6.2bil with issued bonds. The congestion charges are enough to service the debts, including operational and maintenance costs without having to depend on allocations from the MOF," said Lim. 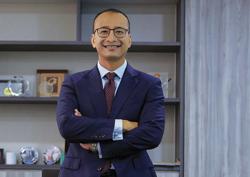