Working together: Youngsters from the Long Puak village helping with the piping works during the water project for their households. — Bernama

KUALA LUMPUR: For the last 28 years, some 500 Kenyah people in the remote village of Long Puak in Sarawak had to depend on rainfall as their main source of water supply.

They were relieved of this hardship last month when they started receiving clean piped water made possible by the Malaysian Huma­nitarian Movement (MHM).

The villagers were in seventh heaven the moment running water flowed through the taps in the 30-door longhouse where they lived. About 100 MHM volunteers and village youths were involved in the Kampung Long Puak clean water project, which was carried out in the gotong-royong spirit and completed within a month.

The residents of Kampung Long Puak, located about 300km from Miri, are mainly Christians. Most of them are either farmers or forage for forest products.

“Ever since Kampung Long Puak came into being 28 years ago, the villagers have been praying for the day when they can have access to clean water supply,” MHF president and project leader Khairul Annuar Mansor said.

They did not want their children and grandchildren to go through what they have experienced for years, he said, adding that many youths from the village had moved to urban areas due to the unavailability of clean water. 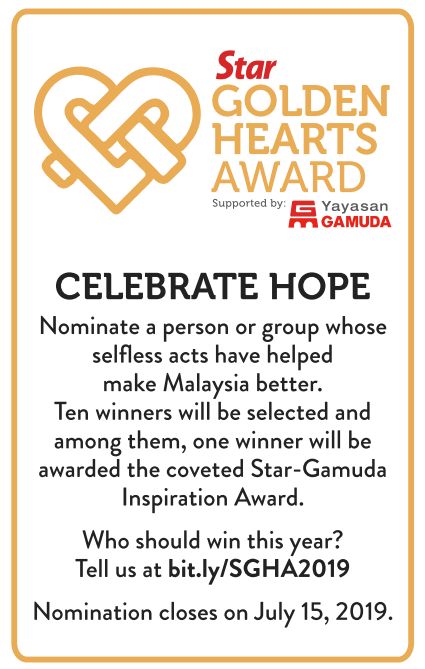 The remote settlement first appeared on MHM’s radar about two years ago when one of its members, Siti Shazleen Shazali, a native of Kampung Long Puak, suggested that the foundation carry out a humanitarian mission there.

In November 2017, Khairul Annuar and two other MHM members made their first trip to Kampung Long Puak to evaluate the situation.

“After we arrived there, we realised that the villagers had a more serious problem. How can we develop the youths when they lack even the most basic necessity, that is, clean water?

“I also observed that only the elderly folks were living in the village as most of the youngsters had left,” he said.

During discussions with some of the residents and village representative Pius Jau, they expressed their desire to have access to clean water supply.

Khairul Annuar and his team were told that there was a waterfall located about 4km from Kampung Long Puak that was a potential source of clean water but for the villagers to get there, they have to cross the crocodile-infested Sungai Baram.

Khairul Annuar’s team and IYC director Dr Mohamed Maliki Mohamed Rapiee took the initiative to meet the relevant federal and state-level government officials to get the necessary funding and assistance.

“The chief minister liked the gotong-royong project (that we wanted to implement in Kampung Long Puak) and he agreed to help,” said Khairul Annuar.

About 100 people were involved in the one-month project. They comprised MHM members and villagers, including 70 youths who were working elsewhere and were summoned home to help out.

“Even the elderly women were eager to lend a helping hand and watching them hard at work made some of us shed tears. It showed how strong their desire for clean water was,” said Khairul Annuar.

The project involved installing four water tanks – including one for filtration purposes – in the village and pipes in every unit in the longhouse.Later, a dam was built at the nearby waterfall and the main pipeline was installed to channel water from the waterfall to the tanks and, subsequently after the water is filtered, to the individual units.

“All the work was done manually,” Khairul Annuar said.

The project had its own share of challenges, largely due to the remote location of Kampung Long Puak. Logistic costs were quite high as all the equipment and materials needed had to be transported from Miri, a three-hour drive from the village with one section of the road not being in good condition as it is used by loggers. — Bernama