The toddler, now aged one year and 10 months, weighed only 700gm when she was born and required special care.

This prompted Abdul Karim to give up his book-binding business of nearly four decades to care for Sarah Nadine.

“She was very frail and fragile then. She now weighs 6.8kg and is much healthier and active,” said the 66-year-old who has three children and three grandchildren.

“It was not an easy decision for me as I had established my business since 1982 in Brickfields, Kuala Lumpur. Even those in the area know me as ‘Cutter Karim’.

“However, I could not bear to see my daughter struggling to bring up a premature baby.

“I taught my children that love is of utmost importance and this is how I show my love to my family,” he said when met at their family home here recently.

Abdul Karim said taking care of a premature baby was a new experience for him.

“However, I took on the responsibility. It was tough initially but I patiently worked on it.

“Sarah Nadine is much healthier now and has come a long way since her frail days. She is also very lively and interacts well with everyone,” he said.

Rafidah, 39, who works for a public transport company, said Sarah Nadine was born at 32 weeks, two months ahead of schedule.

“As she was a premature baby weighing only 700gm, I had to give her special care as she was so fra­gile.

“It was an arduous task as my husband and I also had to juggle caring for our two other children, aged 12 and eight.

“My husband has his business to take care of and I had to travel frequently to visit my mother in Kuala Lumpur, who has been bedridden since 2013 due to a stroke,” she said.

Rafidah said Abdul Karim then decided to lighten her burden by helping to care for Sarah Nadine in December 2017.

“I could not send my daughter to nursery as she needs special care and my father was against the idea of using a maid to help after a bad experience in the past.

“My father decided to hand over his book-binding business of 37 years to my brother.

“He also brought my 67-year-old mother over to Penang.

“Since then, he has been taking care of both my daughter and mo­ther and I am really grateful that he is here during these difficult times,” she said.

Rafidah said Abdul Karim’s pa­tience could “move mountains”, add­ing that the latter took every­thing in his stride and provided for all their needs.

“He used the Internet to research about the types of diet for a growing premature baby and prepared the food for my daughter.

“My father also tends to my mo­­ther by feeding her, washing her up and making sure she takes her me­­di­cation.

“I doubt I can ever fulfil my filial responsibility towards my father,” she said.

“He is the best father anyone could have and I wish him longevity and best of health during this auspicious Fathers Day.” 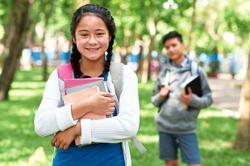 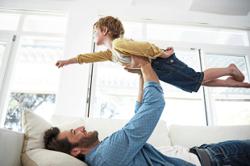