KUALA LUMPUR: Haziq Abdullah Abdul Aziz did not know Datuk Seri Azmin Ali's whereabouts and badgered for details on the Economic Affairs Minister during the Sandakan by-election campaign period, says a PKR Youth leader who was in charge of the logistics of PKR leaders at the time.

Sabah PKR Youth deputy chief Blisson Zainuddin said Haziq contacted him daily through WhatsApp messages and phone calls throughout the campaign period of Sandakan to inquire the details of Azmin's whereabouts and activities, including where he was staying..

"Haziq messaged me from April 27 up to May 10 (Sandakan by-election) to ask details about Azmin's schedule and lodging information.

"I did not feel comfortable sharing the details but on the basis of politics and duty, I decided to give him the details.

"On May 10, he asked me not to reveal to anyone he had inquired about Azmin.

"I felt it was weird but decided not to think about it too much. If he indeed had intimate relationship with the minister, as he claimed, then would he not have direct contact with Azmin?" said Blisson in a press conference.

Blisson has made a statutory declaration and will be lodging a police report with his WhatsApp screenshots.

He said he felt he had to come out and expose Haziq after the sex video claims by the latter implicating Azmin. 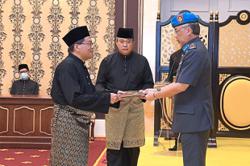 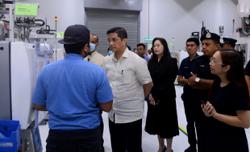 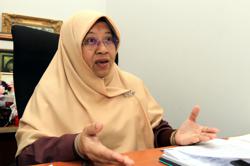