He also shared a song from the 90s titled Don't Cry My Friend by singer David Lui in his post on Chinese social media site Weibo. 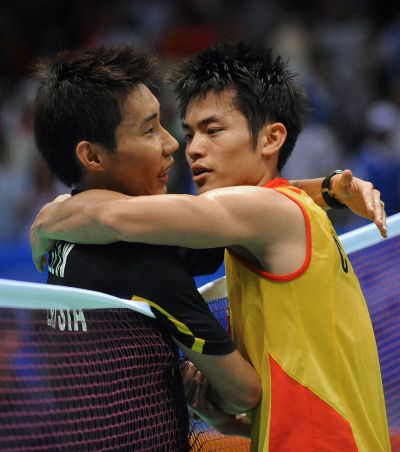 A file photo of Chong Wei and Lin Dan from Aug 17, 2008 at the Beijing Olympics. The duo were arguably the sports greatest-ever rivalry, but were great friends off the court. – AFP

Former Danish player Peter Gade, the world no.1 in 2006, also expressed his gratitude to Chong Wei for the memories they had shared throughout the years.

"Dear Lee Chong Wei. The badminton world will miss you in every way! Thank you for all the moments we've shared through the years. I wish you all the best in the coming years with your family and friends," he said on his official Facebook page.

Another Dane, Viktor Axelsen, who is currently 6th in the world ranking men's singles, also wished Chong Wei the best for his future.

Since the announcement of Chong Wei's retirement Thursday, his name has been trending on social media.

Twitter user @Thashaj tweeted that the badminton legend had helped bring Malaysians together and breaking racial barriers through his sporting career.

Social media was also flooded with netizens expressing their sadness over Chong Wei's retirement after 19 illustrious years of playing for the country.

Chong Wei, 36, announced his retirement at a press conference at the Youth and Sports Minister's office in the presence of the minister, Syed Saddiq Syed Abdul Rahman. – Bernama

Thank you everyone – Chong Wei’s open letter to his fans