"Syukur Alhamdulillah (thanks to God) Maryam has been found safe in Desa Pandan," said the family, adding that a netizen spotted her at a fast-food restaurant.

"She is now at a clinic with the family. Thank you so much everyone for your help and prayers," said the family.

Maryam's family sought help to locate their 15-year-old daughter who went missing at 4am on Wednesday (June 12).

She was seen walking out of the a cyber cafe in Taman Setiawangsa, Kuala Lumpur, at 4.30am.

Mother Nazatul F Radzi said the cybercafe's CCTV captured Maryam walking into the shop at 4am and exiting the shop 30 minutes later.

"My daughter has mild attention deficit disorder. She is very fair, very friendly and gullible," she said.

"She has a pleasant personality, she likes to sing, laugh, and has a carefree attitude."

She said Maryam was wearing a black hoodie with the word 'Nirvana' printed on the chest in yellow.

"She is chubby, is 155cm tall and weighs 80kg," she said, adding that Maryam wears dark-rimmed glasses.

Nazatul said she last spoke to her daughter at 2.50am when Maryam came into her room asking for the time.

She said she went to bed after that and had forgotten to lock the gate.

Nazatul suspected Maryam may have gone to the cybercafe to play computer games as the Internet at the house was down. 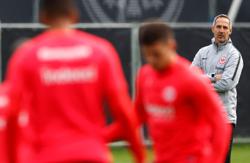