PUTRAJAYA: The Health Minister has the power to amend the fee schedule of general practitioners (GPs) without going through Cabinet, says a medical association.

The Federation of Private Medical Practitioners' Association Malaysia's (FPMPAM) honorary secretary Dr G. Shanmuganathan said this was provided for under Section 107 of the Private Healthcare Facilities and Services Act.

"It says that the minister, may from time to time, amend the fee schedule by publishing it in the gazette.

"Why the need to go through Cabinet?" he asked in a town hall session between the Health Minister and GPs on Tuesday (June 11).

The GPs have been urging the Health Ministry to increase their fees by harmonising their fees with that of medical doctors in private hospitals.

The consultation fees for GPs working in private hospitals was revised between RM35 and RM125 in 2013, but not for private GPs operating clinics from shoplots, which remain between RM10 and RM35.

The GP fees, as stated in the 7th Schedule of the Private Healthcare Facilities and Services (Private Medical Clinics and Private Dental Clinics) Regulations 2006, had not changed in 27 years.

Dr Shanmuganathan said he was disappointed that the matter still had to be referred to the National Cost of Living Council.

On May 9, Health Minister Dr Dzulkefly Ahmad said the Cabinet did not reject the proposal but it will be discussed at the National Cost of Living Council meeting before being brought up in Cabinet again.

He said that on April 24, he had handed over a memorandum recommending the amendment to harmonise the fees to the Cabinet.

While the Cabinet understands the need and rational for the recommendation, a meeting has suggested that the matter be discussed at the council meeting and subsequently be brought up with the Cabinet again, he said.

He then said he would meet with GPs in a town hall meeting Tuesday.

At the town hall meeting, Dr Dzulkefly assured the more than 800 GPs that he and his team in the ministry supported their request for the fee harmonisation.

He said the Cabinet felt the issue was the timing as the increase would have an impact on the economy.

However, he said it will be discussed at the council meeting and he will seek Cabinet's approval.

Dr Dzulkefly admitted that although he can change the fee schedule, as the government is premised on "shared prosperity" and serving marginalised groups, all policies will be subjected to rigorous debate in the Cabinet.

"Although I have the right, this is the way forward for me to get endorsement from the Cabinet.

"They are not saying no but it is a question of timing," he said. 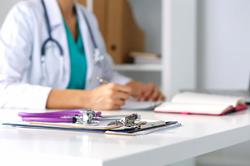 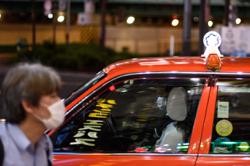