All out to protect the exotic animals

PETALING JAYA: Legislation to ban online advertisements on the sale of endangered animals may soon be introduced under a proposal to amend the Wildlife Conservation Act 2010.

Department of Wildlife and National Parks Peninsular Malaysia (Perhilitan) director-general Datuk Abdul Kadir Abu Hashim says this is because currently there are no legal provisions which expressly forbid the advertising of exotic pets on social media channels.

Perhilitan, he said, would be proposing these amendments via the Water, Land and Natural Resources Ministry and it is likely to be tabled by year’s end.

A regulatory impact analysis prepared by Perhilitan in April 2019 stated that a special provision must be in place to clamp down on online advertisements on the sale of wildlife.

The analysis reported that about 420 complaints about online sale of wild animals were received between 2016 and 2018.

More than 100 sellers were detected to be using online channels to advertise these animals, the analysis also revealed.

An online public consultation on the various proposed amendments to the Wildlife Conservation Act 2010 is currently open for viewing and comments until June 16.

The illegal buying and selling of wildlife has come into the spotlight after a female singer was arrested for illegally keeping a sun bear in her condominium unit.

Perhilitan’s analysis estimated that there are only about 300 to 500 living sun bears in Malaysia as of 2018. Perhilitan enforcement director Dr Pazil Abdul Patah said illegal traders circumvent the laws against illegal wildlife trade by engaging middlemen.

“There are syndicates which operate online and they use middlemen who don’t physically have the animals with them.

“The syndicate operators would drop-ship the animals directly to the customers, and the middleman would receive the commission from the sale,” he said when contacted.

Under the Wildlife Conservation Act 2010, an individual can only be charged if he or she is found to be in possession of the animals.

This means that action can only be taken against individuals if they are caught red-handed smuggling the animals or if the animals are found in their premises.

“As such, we cannot charge the middleman who does not have the animals with him. That is the problem,” said Dr Pazil, who also noted that many poachers and buyers of protected species were Malaysians.

Dr Pazil warned the public that only businesses with a special permit from the state Perhilitan were allo­wed to sell certain species of wildlife. “Protected wildlife species cannot be sold to the public, as they either belong in the wild or in the zoo,” he said.

“The new technologies, communication and high sums of money involved in the wildlife trade make it quite difficult to fight poaching and smuggling.

“Cooperation with all agencies is needed, along with the support from the public,” he said.

Consumer knowledge and awareness, he added, were also important to ensure the demand for exotic pets would wane.

“Poaching continues because of the demand for wild animals for their meat and as pets,” he said. 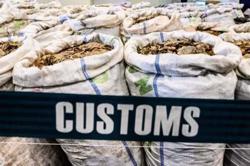 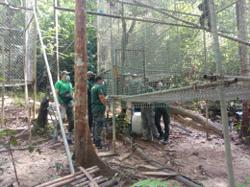