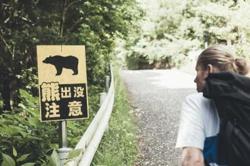 PETALING JAYA: The daily lives of residents at Sentrio Suites Condominium in Desa Pandan, Kuala Lumpur were temporarily disrupted when a baby sun bear was spotted sticking its head out of an apartment window.

A video of the bear roaring through the window went viral on Facebook and WhatsApp on Thursday (June 6), with many questioning why the bear was there in the first place.

According to a resident, Jay, the cub's roars were loud and shocked many residents, who then gathered around the unit to investigate the commotion.

"One of my neighbours called the authorities and they arrived pretty quickly. Some of the officers even thought that it was a prank," said Jay when contacted.

According to Jay, the tenant of the unit said that she had found the cub injured, and that was why she took it home. How she managed to get the cub into the apartment remains unclear.

The sun bear is a protected species under the Wildlife Conservation Enactment 1997.

According to sun bear conservationist Dr Wong Siew Te, the sun bear found in the condominium is a cub barely a few months old.

"It is extremely irresponsible and illegal (to keep a sun bear as a pet) because behind the bear cub is a mother bear killed by poachers," he said.

He said in the exotic pet trade, the poachers would have killed the mother bear and sold the bear cub to a middleman.

Dr Wong called for the police and the Department of Wildlife and National Parks Peninsular Malaysia (Perhilitan) to treat this case as seriously as a kidnapping case.

"This baby bear was kept in an empty apartment and its mother is likely slaughtered, the authorities must handle this case like someone kidnapping a human baby," he said.

"This incident shows how bad the exotic pet keeping trade is in the country, especially Peninsular Malaysia," he said.

He said many exotic animals like slow loris, gibbons, and sun bears continued to be sold illegally online, and this incident highlights the seriousness of the exotic pet trade.

"In Peninsular Malaysia, we have lost two rhino species, the leatherback turtle is extinct, and the tiger is at the brink of extinction... these are good examples of the need to do something serious," he added.

Senior conservationists have recently said that attention should be given to the conservation of the sun bear – among other endangered species – whose numbers have dwindled over the years due to poaching and wildlife conflict.

When contacted, Perhilitan director-general Datuk Abdul Kadir Abu Hashim informed The Star that the bear is currently in the department's custody.

"We transported the bear to our headquarters in Kuala Lumpur. It is being examined by the department's veterinarian for any injuries or sickness," he said, adding that the bear is about six months old.

Abdul Kadir said the department is investigating the case.

He added that the tenant did not produce any legal documents to keep the animal when authorities took it from the condo on Thursday night. 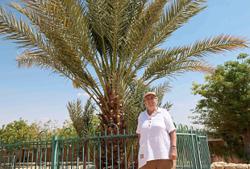