PETALING JAYA: A columnist for star2.com, The Star’s lifestyle portal, has clarified that a quote in his recent article on US actor Keanu Reeves was from an interview he did in 2003.

Philip Berk, who had quoted Reeves as saying he was a “lonely guy” in that article, said that line was taken from a 2003 article he wrote for Galaxie magazine, a now defunct magazine under The Star stable.

Berk also said that the previous interview did happen and he has transcripts of it.

“They are on my computer, along with all previous articles I’ve written, but none are dated,” he said in an email.

The profile of Reeves was published in star2.com on May 28, 2019. In it, the actor described himself as a “lonely guy” when he was asked what love means to him.

Reeves’ publicist has told US media that the interview did not happen and alleged that the quote was fabricated.

Berk is a member and former president of the Hollywood Foreign Press Association (HFPA), which organises the Golden Globe Awards.

The other quotes in the Q&A article were from a press conference held at Four Seasons New York in April between Reeves and HFPA where he was promoting his latest film, John Wick: Chapter 3 – Parabellum.

This clarification also appears on our sister site Star2.com. 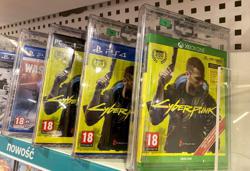