KOTA KINABALU: An juvenile pgymy elephant found injured in an oil palm plantation nearly two weeks ago is being treated by wildlife rangers and vets in Sabah's central Telupid district.

The male elephant, believed to be between five and seven years old, was initially thought dead when it was found by estate workers.

"We received information from the workers of Perdana Estate on May 22 and sent our team of rescuers and vet to check," said Sabah Wildlife Department director, Augustine Tuuga.

The elephant turned out to very ill, but still clinging to dear life.

It had a maggot-infested wound on its back.

The elephant could not stand and was in quite a bad shape, probably due to bacterial infection from the wound.

"Vets started treating its wound and gave it medication," Tuuga said, adding that they were not sure what caused the injury.

"We don't know if it was shot but we did not find any bullets or traces of gunshots," he said.

He added that they also tried to feed it, but it did not want to eat during the first week or so.

"Eleven days into our treatment, it is now responding to us and has started eating," he said.

Tuuga said the elephant still could not stand, and they were using a harness to help it along and hoped it would recover soon.

"Once it is well and can walk, we will release it back into the wild," he said.

He said they would try to find its herd first, and if this didn't work out, the elephant would be released into a safe area on its own.

Tuuga thanked the estate workers for informing them about the elephant.

Bornean Pgymy elephants are a critically endangered species, and it is estimated that there are no more than 1,500 of them left in the world. 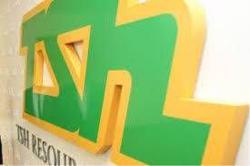 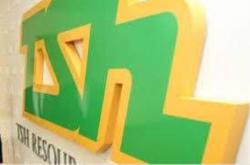