Helping the needy with short films

KUALA LUMPUR: A production house, started by four friends, has come up with a novel idea to help the needy and less fortunate, especially in the present trying times.

10 Films Production consultant Jonathan Yam said for a start they would be producing 10 short films depicting the problems and challenges faced by charitable organisations such as old folk’s homes, orphanages and centres for the mentally-challenged.

“To correspond with our company’s name, we will be producing 10 short videos, each about three-minute-long, involving the residents and caretakers, as well as some cast members.

“We held an audition recently and most of these members, comprising youths and students from all races, are just receiving a token allowance but willingly join hands with us as volunteers towards a worthy cause. 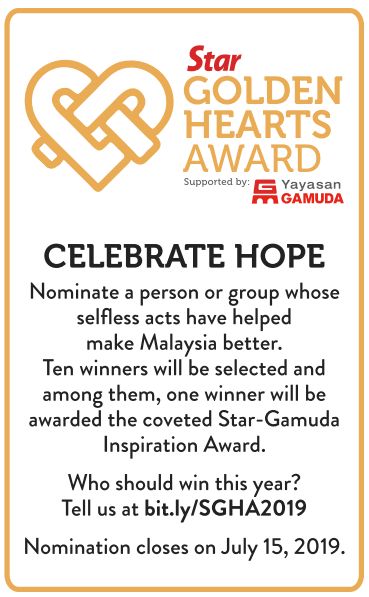 “The first shooting location started at the Malaysian Association for the Welfare of Mentally-Challenged Children Home in Jalan Gasing, Petaling Jaya,” he said in an interview.

Besides Yam, the other partners are Vincent Kek, Adelina Chan and Denil Choong.

The whole project is expected to take them about one year and that a sum of about RM20,000 had been set aside for the purpose, including supplying one month’s worth of food items to each home.

“This is a small gesture on our part for the betterment of society as a responsible corporate citizen.

“We hope all these 10 films, upon completion, will be shared widely through social media platforms such as YouTube, Instagram and Facebook so that more people are aware of their existence and can help these charitable homes and their management in looking after the residents,” he said.

Yam said they were in the midst of identifying lesser known homes all over the country for the production.

“We will also be organising charity dinners and roadshows to raise awareness on this project. If this venture receives good public support, we will consider doing more in the long term to depict some touching true stories of our society,” he said.

One of its aims is to create social awareness on the need to care and assist the needy, as well as provide an opportunity to those inte­rested in acting to be involved in the filming industry as a stepping stone to bigger things in life.