CIMB Equities Research said in its latest report that TNB is one of the cheapest big cap counters in the market with a decent dividend yield of about 4% for financial year (FY) 2019-FY21.

KUALA LUMPUR: Tenaga Nasional Bhd (TNB) has assured that it will investigate some 14,000 complaints received over billings and urged consumers to come forward to lodge a report.

TNB chief executive officer Amir Hamzah Azizan said in April, the utility company received 5,621 complaints but this almost doubled to 9,028 in May.

He said there were several reasons behind the sudden surge in electricity bills.

Among were a longer billing period than the usual 30-day cycle, cases of old and faulty TNB meters, replacement of new meters, an increase in consumers' usage and human error where the data was input wrongly.

He said the other reason was a technical glitch between May 15 and May 20, adding that the system has been fully restored and is operating as usual.

As such, Amir urged consumers who are unhappy with the sudden hike in their bill to come forward and lodge a report.

He promised that every complaint received will be investigated to resolve the matter as soon as possible.

"With Hari Raya Aidilfitri around the corner, TNB would like to give its assurance that there will be an uninterrupted electricity supply.

"To those who have lodged reports with ongoing investigations on the case, we assure that the disconnection notice stating that the electricity supply will be cut off will be postponed for two weeks.

"We would like everyone to have a peaceful Hari Raya celebration," he said.

Amir said that the operation hours of TNB offices will be extended from 8am to 6pm from Monday to Saturday, except for public holidays.

As for the TNB Careline, the hours will be extended from 7am to 11pm every day including public holidays, except for Sunday.

This is to help facilitate complaints from consumers and to help them resolve their billing issues as soon as possible. 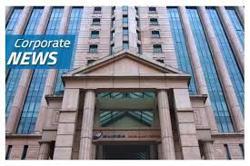