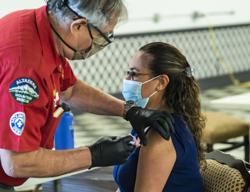 KUALA LANGAT: Much of the e-waste in Malaysia has ended up in the hands of scrap collectors and scavengers who have no qualms about burning cables and wires to get to the metal within, although this method is bad for health and the environment.

There were scorched patches in the ground along the dirt road leading to an e-waste dumpsite in Sri Cheeding, just outside Jenjarom in Selangor. An acrid smell filled the air.It was clear that scavengers had burnt and shredded parts of electrical and electronic items to remove valuable materials such as copper.

About the size of two football fields, the dumpsite was strewn with bits and pieces of circuit boards, keyboards, plastic casing, cables, computers and mobile phones.Jenjarom is already notorious for its mounds of plastic waste. This particular spot for dumping e-waste is on a piece of land less than 200m into an oil palm estate just off the main road out of the town.

When The Star first visited the site on April 3, there was an orange signboard with the words “Dilarang Menceroboh. Tanah Kerajaan” (No trespassing. Government land). However, there was no one around.

On a second visit on May 16, a tractor was covering part of the dumpsite with soil and the signboard was gone.

A boy aged about 12 was collecting cables and wires. A motorcycle was parked nearby.

The boy lit a fire beside the dumpsite and burned the cables. This produced black smoke and a noxious stench.

“Is it not dangerous?” we asked the boy. He shook his head.

“I am looking for wires, (I burn them and) sell them for RM20 per kilo,” he said, adding that he would sell the parts to a nearby shop selling scrap metal.

He said he needed the money to give to his mother, adding that he usually went to the dumpsite after school.

It said the dumping of e-waste at the location exposed the impact of waste imports on the informal recycling sector.

“From our surveys and observations, SAM has come across workers in the informal recycling sector who are exposed to health risks while processing e-waste, which sometimes involves crude recycling techniques such as burning the plastic housing of electronic equipment and shredding waste without wearing ay personal protective equipment,” it said.

“Exposure pathways impacting public health is through accumulation of leached chemicals in soil, water and food, as well as direct contact or inhalation of the fumes when the waste is burned.”

SAM said besides dioxins and furans released through these processing methods, persistent organic pollutants, brominated flame retardants and other man-made chemicals used in electrical and electronic devices were a cause for concern.“We call for the prohibition of imports of waste, and for stringent enforcement measures and action to be taken against perpetrators polluting our environment and impacting public health,” it said.

According to a report by the United Nations Office on Drugs and Crime in 2013, electrical and electronic waste was the fastest-growing waste stream in the world due to the rapid turnover of gadgets, particularly in the European Union, Japan and the United States.

It also found that e-waste was often diverted to the black market to avoid the costs associated with legitimate recycling.

Also, additional revenue was gained through the recovery – mostly by environmentally unsound means – of valuable metals from the electronic components.

The report warned that the informal recycling of illicit e-waste posed a serious threat to public health as it involved burning plastic, leaching lead into the soil and the release of other toxins into the environment.

The report also said that while China was the main dumping ground for e-waste in Asia, Indon­esia, Thailand and Vietnam were secondary centres for the trade.

But in 2018, China decided to block waste imports, including plastic and e-waste.

Tomorrow: ‘Where do we discard our e-waste?’

DoE gets tough on e-waste

‘No law against household e-waste disposal despite risk’