Asteroid to be named after two Penang schoolboys 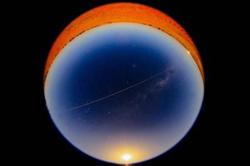 Making their mark: Cheng (left) and Tham with their First Award badges after winning the Chemistry category of the Intel International Science and Engineering Fair 2019 in the United States.

GEORGE TOWN: There’s Halley’s Comet and the dwarf planet Ceres and soon, two 16-year-old boys from a school in Penang will have their names among the celestial bodies.

An asteroid will be named after the students who emerged champion in the Chemistry category of the Intel International Science and Engineering Fair 2019 (Intel ISEF) in the United States.

Melwin Cheng Choon Lei and Tham Yong Shiang from SMJK Chung Ling successfully made crude cinnamon extract into a cost-effective and eco-friendly larvicide which can be used to combat and get rid of the Aedes mosquito larvae.

And for their effort, they get to have an asteroid named after them.

Tham said there were 24 categories in the international event, adding that the first and second winners would get the chance to have their names carved in the universe.“However, the naming of asteroids will have to go through some procedures and we might have to wait for another year before an asteroid is named after us.

“The name of the asteroid will have to abide by the guidelines set by the International Astronomical Union,” he said yesterday.

The Form Four students have discovered that crude cinnamon has the characteristics of pesticide, and decided to convert the extract into larvicide, which they claim is 90% cheaper than commercial pesticide.Currently, they are working to get the research published before applying for a patent.

Cheng and Tham earned a place at Intel ISEF after winning the gold award at the National Science and Engineering Innovation Challenge (Pistek) in Kuala Lumpur last November.

Intel ISEF, the world’s largest international pre-college science competition, was held from May 11 to 18 in Arizona this year and participated by 1,800 finalists from 80 countries.

Cheng said they decided to create the eco-friendly larvicide as dengue was an alarming health issue in Malaysia.

“We are honoured to win the award and have our names immortalised by having an asteroid named after us,” he said.

They are the third Malaysians to win at Intel ISEF, after Faye Jong-Sow Fei from Sarawak who won the Environmental Management Award in 2015.

The duo also thanked their teacher Heah Whey Cheng for teaching them the scientific research methods and guiding them along the way.

Principal Soo Seng Poh said the school felt obliged to foster talent in Science and Mathematics among its students, given that Malaysia is among the countries forging ahead with Industrial Revolution 4.0.

“We established the I-Creator Club in the school where Cheng and Tham are members.

“Students are able to develop their interests and display their creativity during co-curricular activities.

“This is an effective way to build a shared knowledge base and boost the students’ confidence during the sharing of information and presentations,” he said. 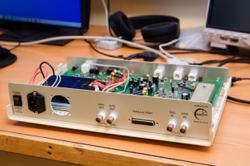