The Sarawakian-style Gawai and Raya packets come in four designs

KUCHING: The Sarawak Tourism Board (STB) has come up with special joint Gawai-Raya money packets to celebrate the combined festivities of Gawai Dayak and Hari Raya Aidilfitri next month.

The packets were produced to create awareness among Malaysians of the multicultural unity in Sarawak, as well as to instill pride in Sarawakians over the way they celebrate festive occasions together like one big family.

Gawai Dayak, the harvest festival celebrated by the Dayak, falls on June 1-2, while Hari Raya is expected to fall on June 5-6.

It is the first time that the two festivals fall around the same time since 1987.

"Although the Dayaks don't give out money packets during Gawai, the board decided to commemorate the joint celebrations on the packets that are handed out during Raya," STB said in a press release on Wednesday (May 29).

The packets come in four designs featuring Iban and Malay cultural attire, Dayak and Malay delicacies as well as their celebrations.

Limited numbers of the packets are available at the visitor information centres in Kuching, Miri and Sibu. 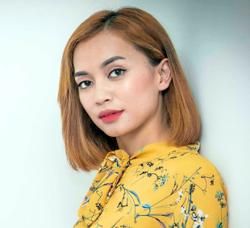 A quieter Gawai for Sarawakians this year