KUALA LUMPUR: Malay­sians will not be granted visa-waiver status by the United States in the near future. But hold the despair.

The US Embassy here says applications for US visas by Malaysians will be approved speedily even if the applicant does not have specific travel plans.

US Ambassador Kamala Shirin Lakhdhir (pic) said she encouraged Malaysians considering travel to the United States to apply for tourist visas which would be approved for 10 years.

“We are more than happy to interview Malaysians. In some cases, if you already have a 10-year visa, you don’t even have to be interviewed (for a renewal). 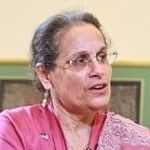 “It’s very flexible and easy for people to apply. And most Malaysians have no problem,” she said in an interview.

The embassy recently debunked a fake news article which claimed that the US government had listed Malaysia in its Visa Waiver Programme (VWP).

The website stated that the US State Department had added 10 countries, including Malaysia, into its VWP, quoting Secretary of State Mike Pompeo as saying that this was under a transformation that the programme was going through.

Lakhdhir explained that no country had joined the VWP in the last two-and-a-half years.

“I don’t have expectations at this time that countries would be joining the visa waiver programme,’” she said.

Advising Malaysians to be wary of fake news on US visas, she said her biggest fear was that these websites were trying to cheat people of their money.

“I was very unhappy because the recent case was a fraud, and the website was pretending to be a particular US-based wire service.

“Of course, these fraudulent websites are making money.

“I got many WhatsApp messages asking if it’s true and saying that it was wonderful news. I had to tell everyone that they needed to be much more careful,” the envoy said, adding that she did not know how much money the website had made as a result of the cyber fraud.

Lakhdhir said the embassy was stepping up efforts to make the visa application process more “custo­mer-orientated”, pointing to its visa renewal-by-mail service for Malay­sians.

Previously, those needing a US visa had to file an online application and make an appointment for interviews at the embassy here.

Holders of visas that are still valid or have expired within the last 12 months can renew theirs by mail, without having to attend an interview.

The application fee for the most common non-immigrant visa types to the US, which include the B1/B2 tourist visa, is fixed at US$160 (RM670).

The US Embassy issued 39,226 visas to Malaysians last year.