KLANG: A video showing an Ipoh City Hall worker shooting a dog in a housing estate has raised hackles.

In the video, which has gone viral on social media, the council worker shoots the dog, and as it lies writhing on the ground for a while, shoots it for the second time.

A resident's voice can be heard in the background chastising the council worker for not sparing the dog's life in spite of pleas to do so.

It is believed that the video was shot by a resident who was feeding the dog daily.

Independent animal rescuer Joanne Low said this was a clear propagation of cruelty against dogs.

"It is creating an impression that it's okay to torture dogs.

"That is probably why we have people poisoning and torturing dogs," said Low, who has been a rescuer for almost two decades.

She added that killing stray dogs to bring down the population was a method which had proven to be a failure.

"If the method is efficient, the number of street dogs should have decreased by now instead of increasing," she added.

"I have seen the council shooting and euthanising stray dogs for decades now, but the number of street animals has not gone down because the method is clearly ineffective," he said.

Mukunnan added that the authorities must stop wasting public money on a failed method, and instead adopt the Trap-Neuter-Return-Manage (TNRM) method practised by animal welfare groups.

He said it was ironic that the Animal Welfare Act 2015 provisions against animal cruelty excluded the liability of local councils and private dog-catching companies that openly brutalised street dogs.

"The act is supposed to protect animals but the same act allows enforcement officers and dog catchers to shoot as well as literally torture street dogs when catching them,'' he added.

"When an area is cleared of street dogs, a vacuum is created, and animals from elsewhere will move in to take the place of those that have been removed," she added.

She said under TNRM, dogs would also be vaccinated against parvo virus and distemper, as well as given rabies jabs.

"Given that the animals will be fed and monitored by rescuers and some residents, and they have also been neutered, they will not be a nuisance as there isn't a need for them to mate or rummage for food," explained Lai.

She said maintaining the regular pack of dogs would also ensure that new dogs from elsewhere could come into the area.

"Since these dogs are vaccinated against rabies, it will also help to control the spread of disease and the authorities need not go on a canine killing rampage which only earns them public disdain and criticism," said Lai.

She urged the authorities to understand that TNRM could be used as an effective tool to combat rabies. 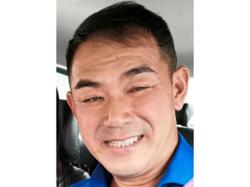 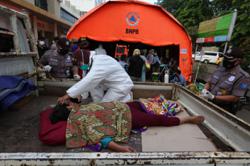